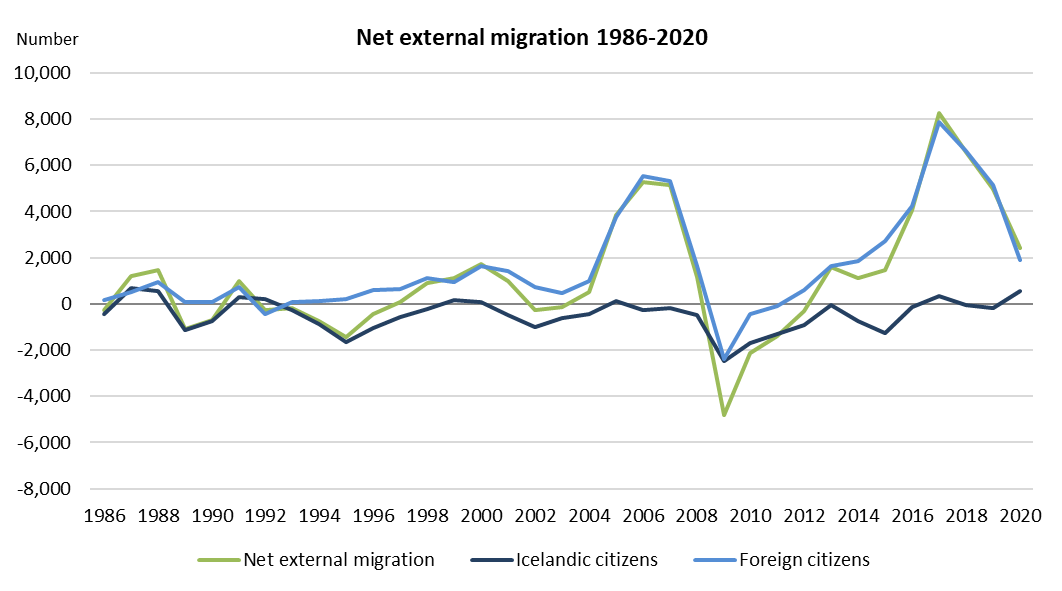 Most of the foreign citizens emigrating from Iceland migrated to Poland, or 1,957 out of 5,828. Poland was also the largest contributor of immigrants with foreign citizenship, 1,994 persons out of 7,562 foreign immigrants. 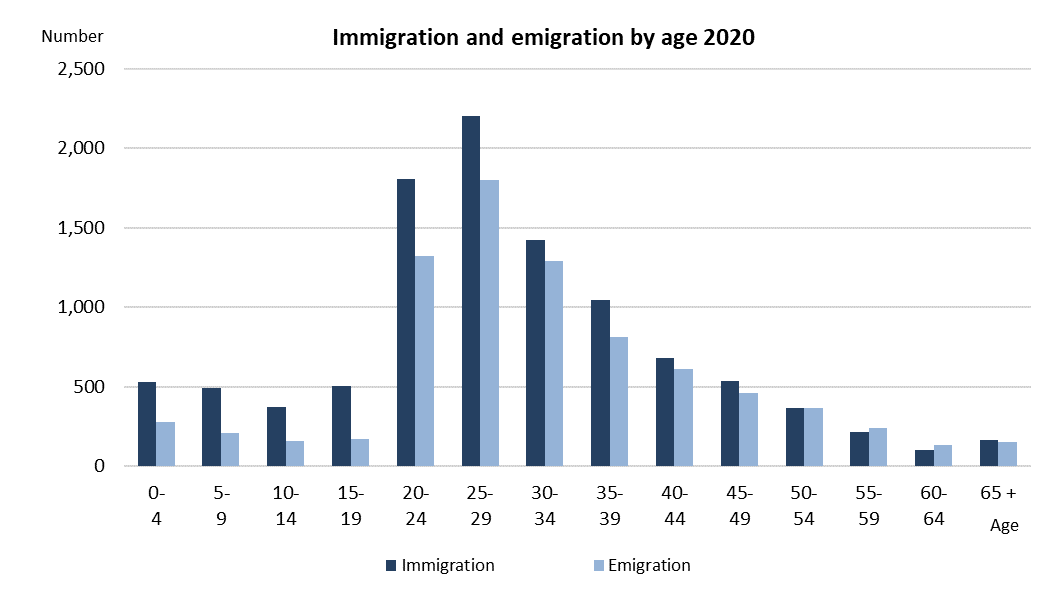