General government expenditure on cultural services among the highest in Europe 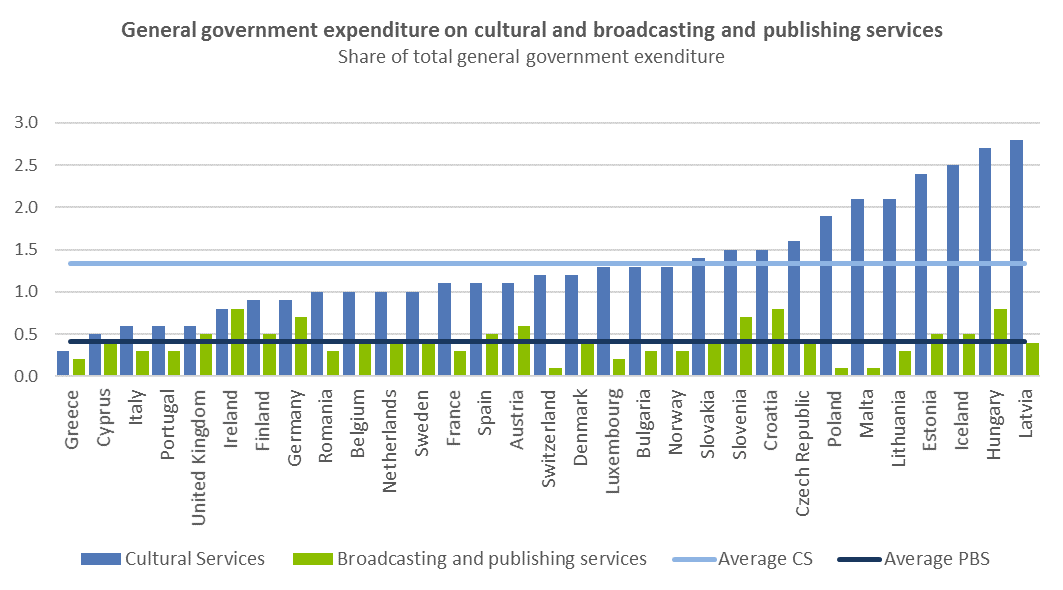 The share devoted to cultural services has remained similar in the past 10 years, ranging from 2.2% in 2016 to 2.6% in 2013. For broadcasting and publishing services, the share of total general government expenditure has also remained similar since 2009, although reaching 0.8% in 2015.

Largest share devoted to the use of goods and services
Cultural services expenditure consists of the central and local government’s contribution to the operations of museums, theatres and other cultural institutions, as well as various other expenses within the art and culture sectors. In 2018, 73% of the general government total expenditure on cultural services, went to the use of goods and services (42%) and compensation of employees (31%). 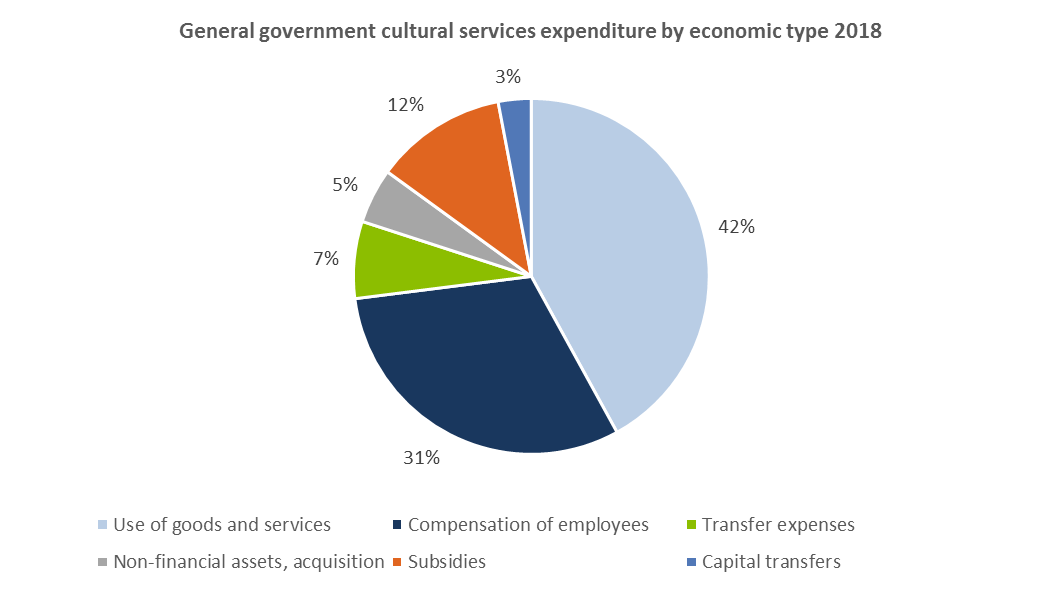 Regarding the central government’s expenditure on broadcasting and publishing services, 51% of the total amount was devoted to the use of goods and services in 2018 and 45% to the compensation of employees.

Use of goods and services consists of costs related to purchase of inputs and expert services from non-employees. Compensation of employees refers to all remuneration payments to employees. It is worth noting that Artists’ Salaries are included in the subsidies of this breakdown.

Numerical data on government expenditure can be found on Statistic Iceland’s web in the Public finance category under Economy. Expenditure is sorted using the COFOG standard. COFOG categories 8.2 (cultural services) and 8.3 (broadcasting and publishing services) are defined as culture according to Eurostat’s Guide to Culture Statistics. Metadata for general government accounts is also available on Statistics Iceland’s website.

Go back
Use of this press release is free. Please quote the source.
For further information please contact Erla.Gudmundsdottir@Statice.is, tel. +354 528 1052