Around 40 thousand took part in lifelong learning in 2019

More 25-64 year olds attended school in 2019 than in previous years while participation in other categories of learning, such as courses and lectures outside school with an instructor (e.g. conferences), was similar as in 2018. 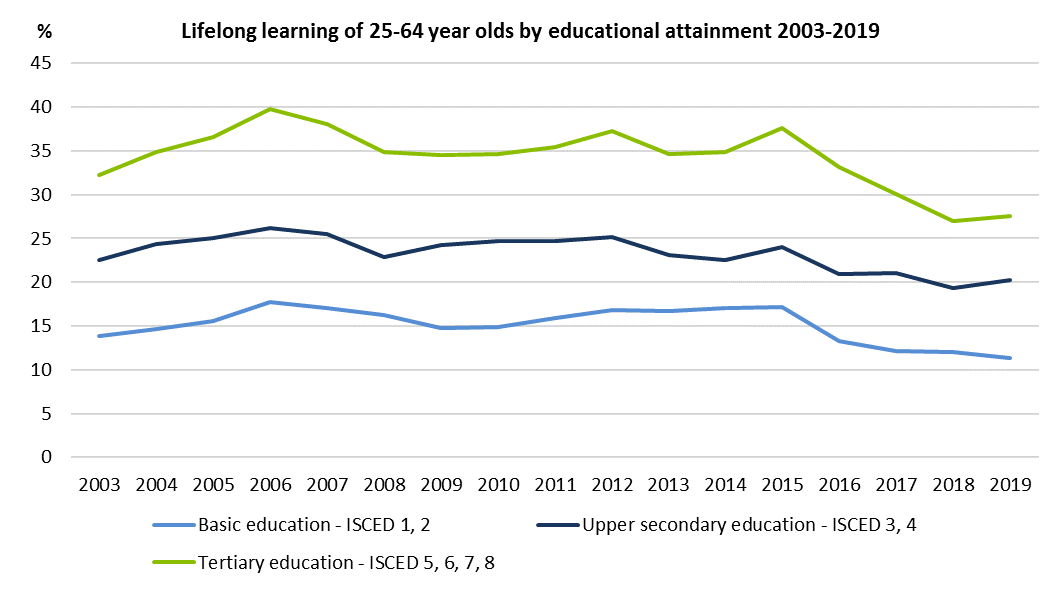 Lifelong learning outside of school more common
In total, 24,900 persons aged 25-64 took part in lifelong learning outside of school in 2019. Thereof, about 12,800 persons took courses and 12,900 took part in other learning with an instructor, such as attending a conference. About 19,500 persons in this age group were students. The number of students has increased considerably in recent years, but they were 16,700 in 2016. 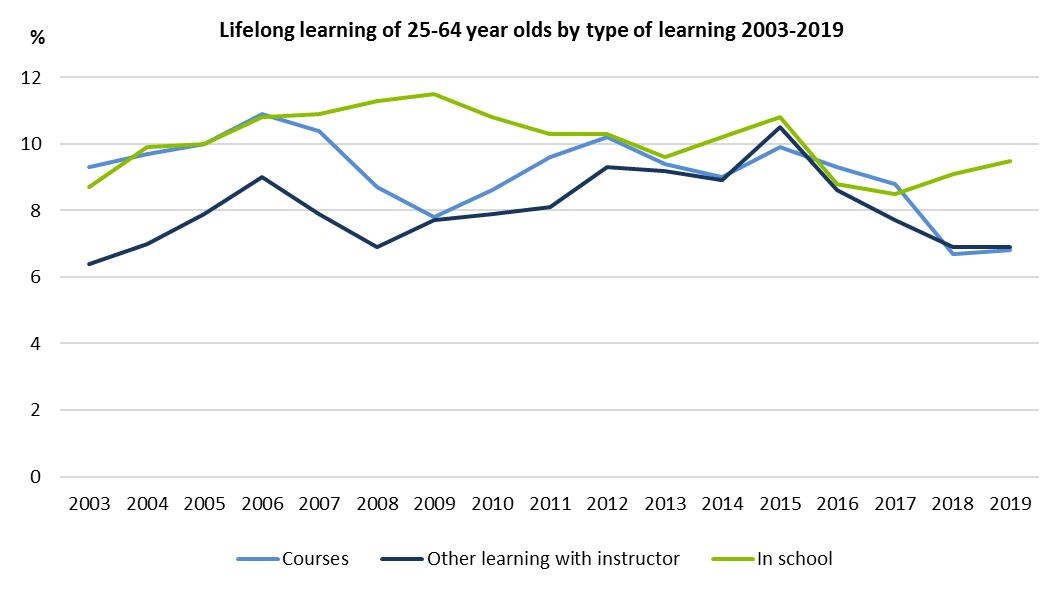 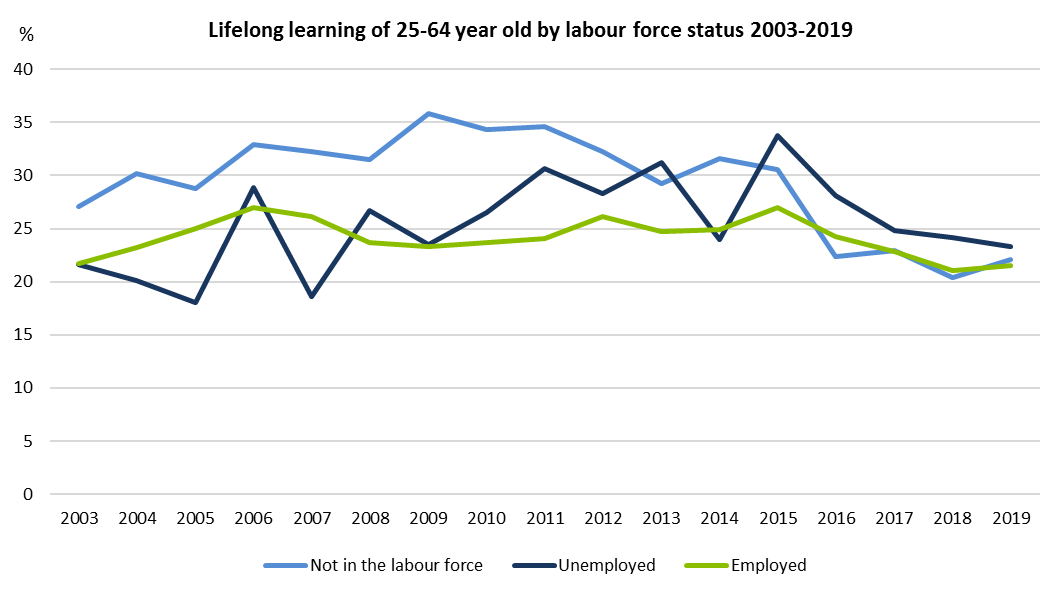 About the data
The data are obtained from the Statistics Iceland Labour Force Survey. The Labour Force Survey is an European survey based on international definitions and standards. The sample frame includes all Icelandic and foreign citizens aged 16–74 residing in Iceland. The total sample size in 2019 was 19,959. When those who had passed away and those who were living abroad had been deducted from the sample the net sample was 19,533 persons. The total number of usable answers was 12,085 which correspond to a 61.9% response rate. All results have been weighted by age and sex.

Lifelong learning includes all types of education that a person attends, both formal education in school and education out of school, such as a course, lecture or a conference. The same individual can both take part in a course, in other education or training and attend school, but each individual is only counted once in the totals.