There were 254 pre-primary schools operating in Iceland in December 2016, three more than in the previous year. A total of 213 schools were operated by the municipalities, four fewer than in the previous year, while 41 schools were run by others, seven more than in 2015. The number of pre-primary schools was greatest in 2009, when there were 282 schools operating. 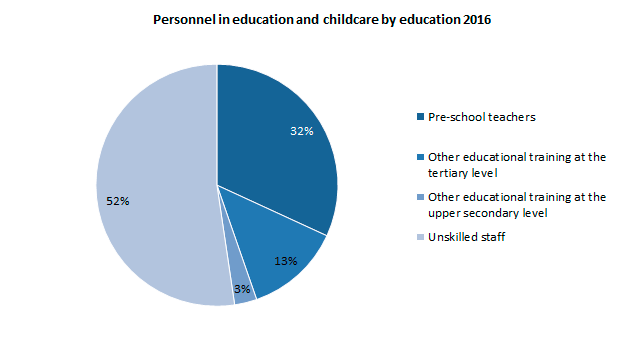 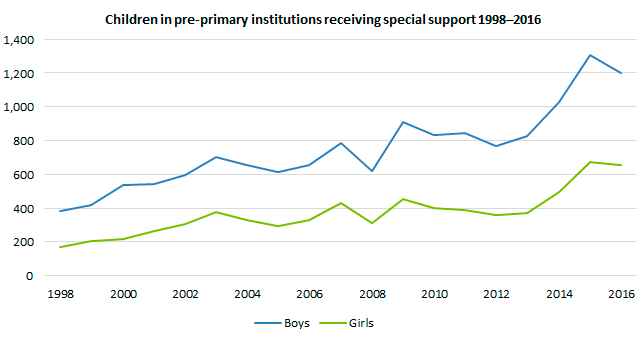