Women 34.1% of board members of medium and large companies

In 2010, a law was passed for companies of 50 employees or more that stated that when there are 3 board members, the board should contain both men and women, and for boards of 4 or more members, the proportion of women should be 40%-60%. This law dealt with both public and private limited companies, cooperative societies and unlimited partnerships. In the case of private limited companies, the law furthermore stated that boards of 2 directors should also contain a man and a woman. This law came into effect in September 2013. 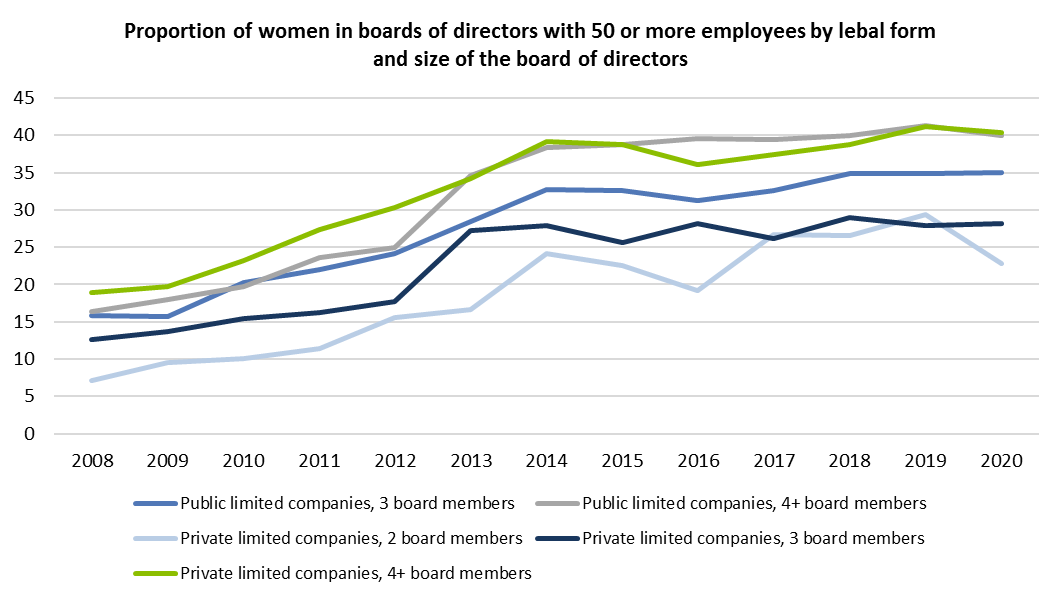 For companies of 50 employees or more, Statistics Iceland is now producing statistics for the number of companies that did or did not comply with the law that took effect in 2013. 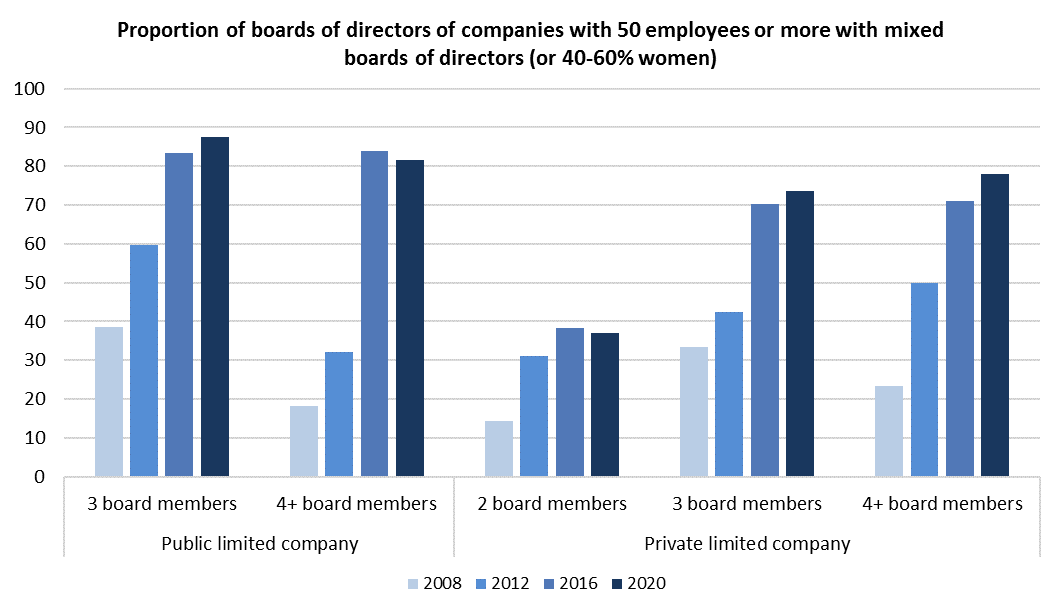 Data on the number of managers, chairs and members of Board of Directors are presented by gender and age, economic activity, size of enterprises, legal form, and size of the board of directors. Since the last update, there has been additional information on the activity of enterprises in 2018 and 2019. The tables for 2018 and 2019 have been updated accordingly.