The highest number of HGEs was in construction related industries, or 483 in 2019. However, their number decreased as well, by 12% with respect to 2018.

There was an increase in the number of HGEs both in fisheries and high technology manufacturing and services. That rise was mostly observed in enterprises with 10 or more persons employed and 2 to 4 persons employed. 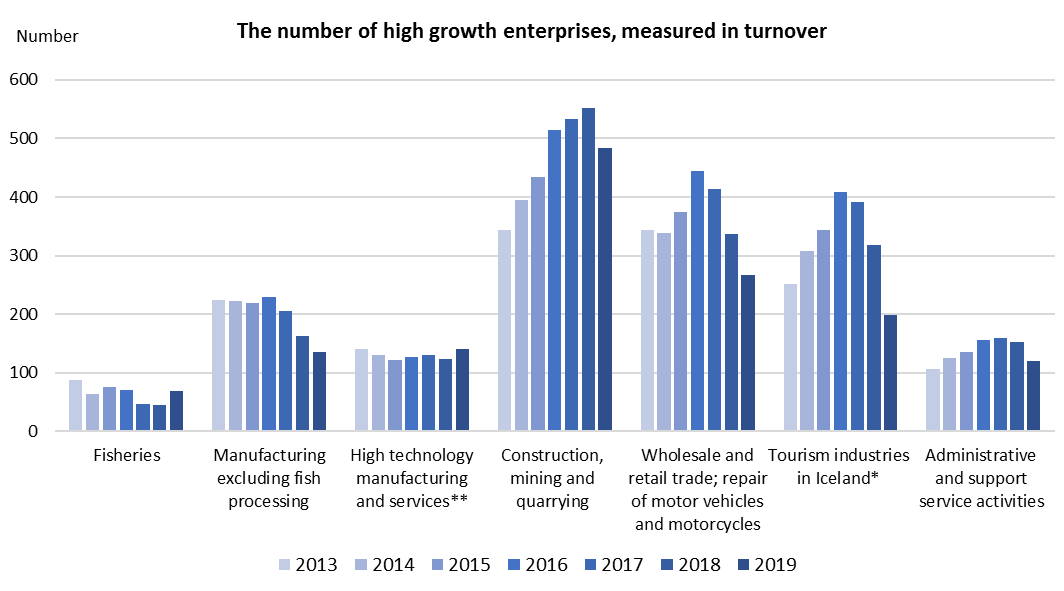 During the period 2016-2019, there were 661 high growth enterprises (HGEs) measured in paid employment. In 2019, there were over 23 thousands persons employed by HGEs with combined turnover of 730 billion ISK. 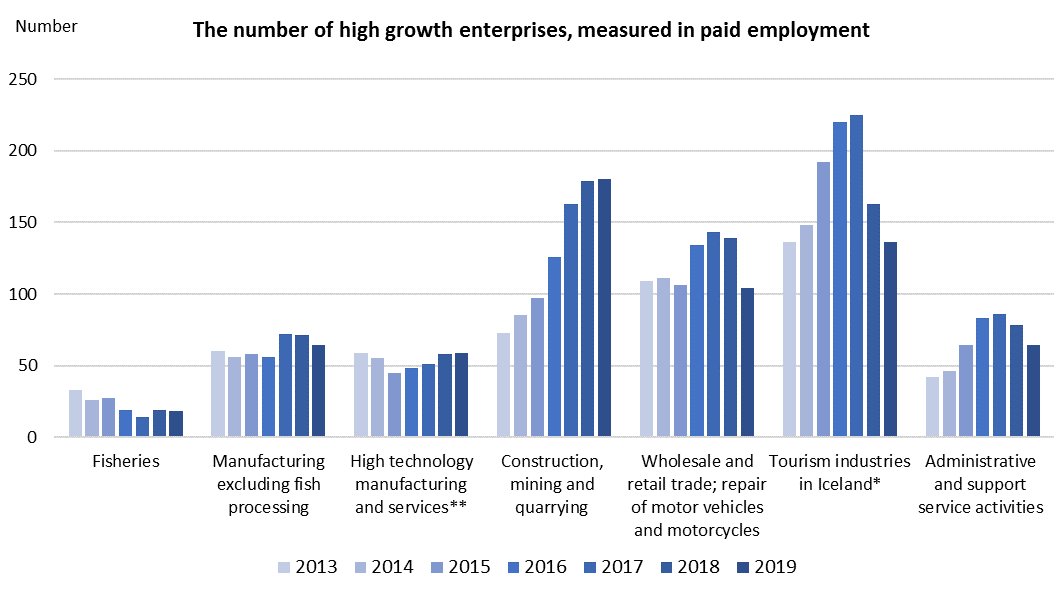 The share of HGEs with 10 or more persons employed in the business economy was 23.9% measured in paid employment, and 30.2% for HGEs measured in turnover by the end of 2019.

The highest share of HGEs measured in paid employment was in construction related industries, or 41.9%, and the lowest in fisheries, or 13.3% for enterprises with 10 or more persons employed in 2019.

The highest share of HGEs measured in turnover was, as well, in construction related industries, or 51.6% for enterprises with 10 or more persons employed in 2019. The lowest share was in tourism industries in Iceland, or 19.4%, and has not been as low since computations began. 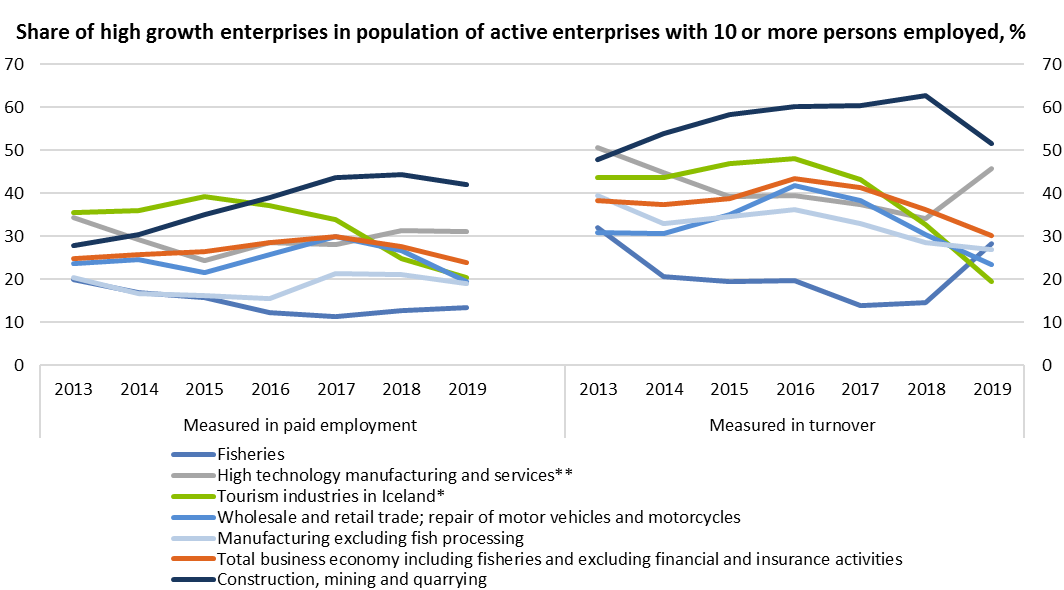 Enterprise means both juridical entities and natural persons that are operating under their own ID number. Enterprises that started operations in the total business economy during 2019 had over 3,800 persons employed and around 38.2 billion ISK in turnover.

The five-year survival rate of enterprises, which were born in 2014 and still were active five-year later, or in 2019, was 39.5% in the total business economy. That rate was the highest in tourism industries, or 48.5%, and the lowest 33.3% in fisheries.

Methods
Business Demography Statistics are based on Eurostat and OECD harmonised methodologies. Therefore, they are comparable with statistics in other European countries. The statistics are based on tax returns of enterprises and individuals. It covers the private sector except agriculture, financial and insurance services. Public administration, health and social services, educational activities, cultural, sporting and recreational activities, as well as NGO activities, are excluded.

The statistics that are now published are for the period 2003-2019 and are broken down by industry according to ÍSAT2008.

Enterprises are considered active when they have operating income or personnel costs. When operation of enterprise moves between identification numbers, it is not considered to be an enterprise birth unless two of the following three conditions are met; operation is in another economic sector according to ÍSAT2008, operation is carried out at another location or the majority of staff has been changed. Adjustments are also made in connection with mergers and split-offs.

Enterprises newly born in t having survived to t+5 are enterprises that were active in terms of turnover and/or paid employment in any part of year t+1, t+2, t+3, t+4 and t+5 (= survival without changes). During data processing, corrections are made.

Amounts are at current prices.