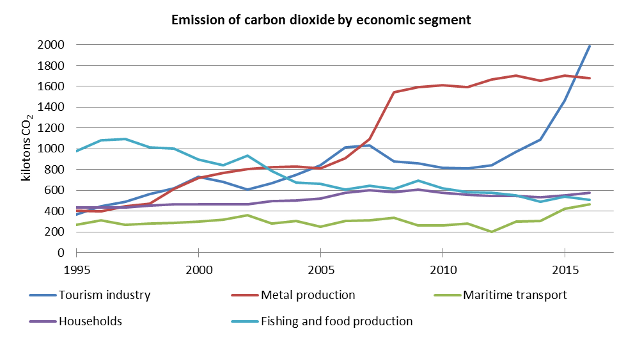 Household emissions per capita peaked in 2007
Carbon dioxide emissions from Icelandic households in 2016 was 30% above their 1995 level but remained between 450 and 600 kilotons CO2 from 2008 to 2016. Household emissions are primarily from road transport activities, but the numbers also include the use of heating oil, cooking gas or coals and fireworks. Flights, bus trips, waste, electricity and heating emissions fall under emissions from other economic sectors in the account. 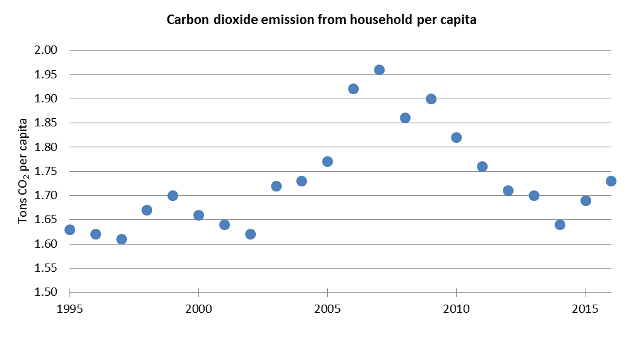 Go back
Use of this press release is free. Please quote the source.
For further information please contact umhverfi@statice.is, tel. +354 528 1278