The balance of trade in goods in May 2020 was positive by 1.8 billion ISK

Please note that this press release was corrected 30 June 2020 at 12:00. While discussing the total value of exports and imports of goods, a reference was made to the first four months of the year instead of the first five. 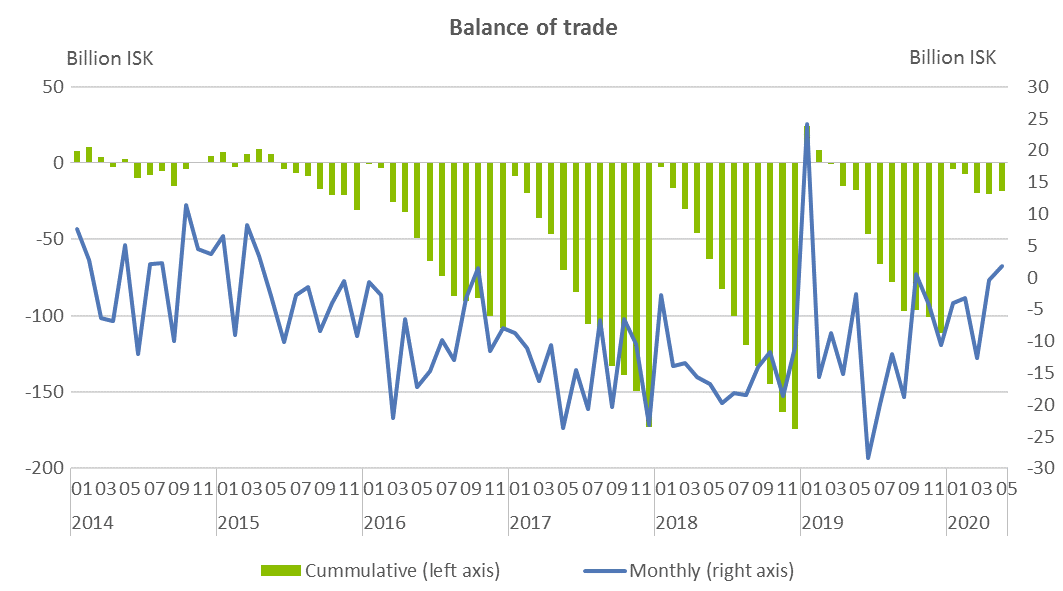 Monthly figures of external trade for current year are revised together with the release of figures for new months. Annual figures are published in the first half of the year after the end of the reference year. The figures are considered as final at that point in time.

Go back
Use of this press release is free. Please quote the source.
For further information please contact externaltrade@statice.is, tel. +354 5281157