For the period January-November 2020, the deficit in balance of trade in goods was 95.9 billion or 10.3 billion lower than for the same period the year before.

In the first eleven months of 2020, the total value of imports of goods was 657.2 billion ISK, almost 48 billion ISK lower (6.8%) than in the same period in 2019 at current rates of exchange. Imports decreased in nearly every category, except for consumer goods.

It should be noted that the exchange rate of foreign currencies increased on average by 15.8% in the period November 2019 to November 2020. 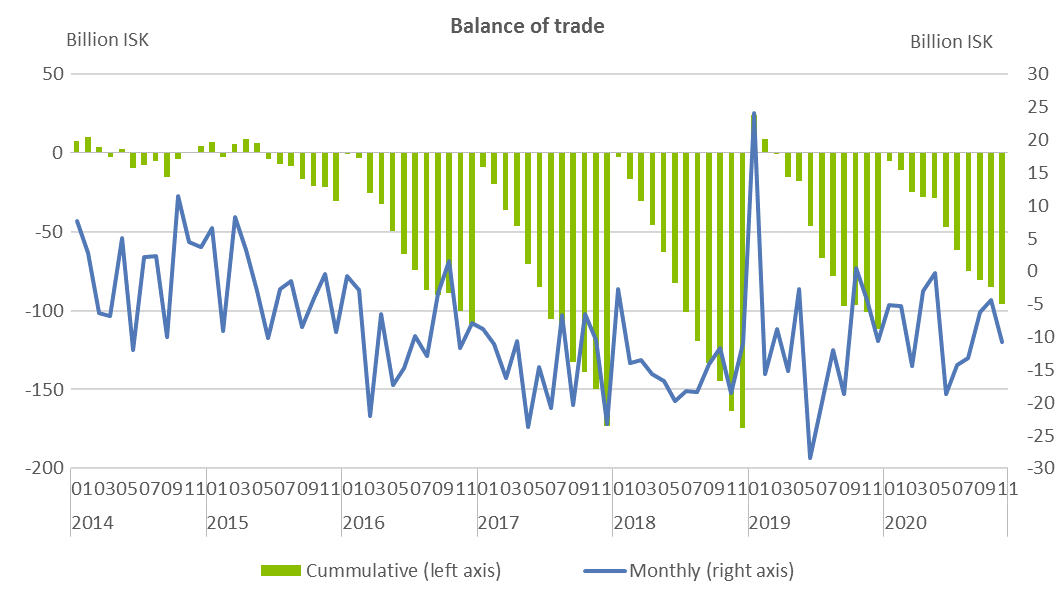 Monthly figures of external trade for current year are revised together with the release of figures for new months. Annual figures are published in the first half of the year after the end of the reference year. The figures are considered as final at that point in time unless subject to future revisions.