According to the European Health Interview Survey in 2015 Iceland had the fourth highest proportion of people with depressive symptoms. Women were more likely than men to report such symptoms. The gender gap was largest among 15-24 year olds and people aged 65 years and over. Young women in Iceland were more likely to report depressive symptoms than young women in other European countries. 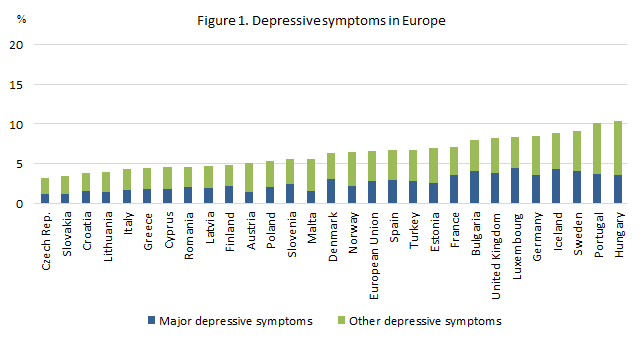 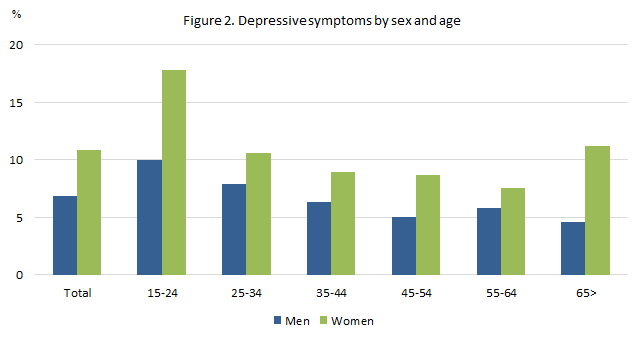 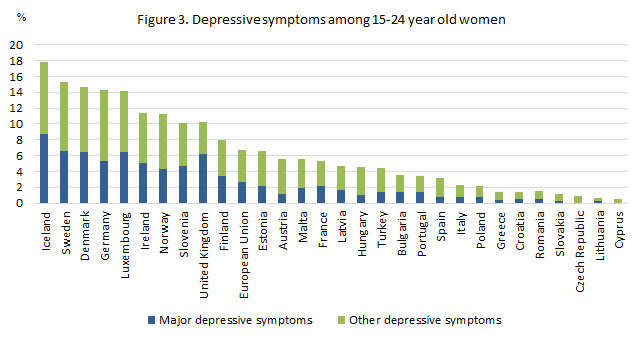 About the European Health Interview Survey
Health interview surveys offer comprehensive data on the health status of a population and health-related topics based on answers by respondents of a representative sample of the population. The Icelandic survey was conducted in autumn 2015. The sample consisted of 5,700 individuals drawn randomly from the population registry. This yielded responses from 4,001 persons, a response rate of 70.2%.