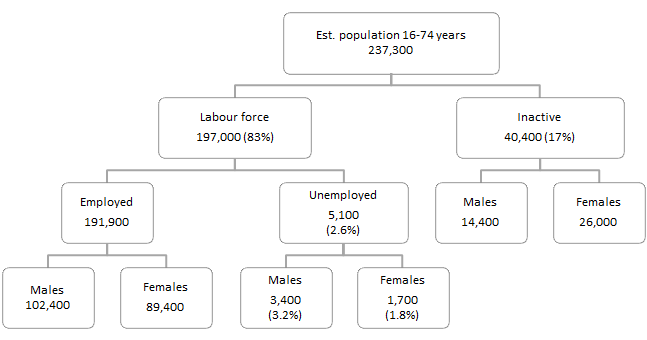 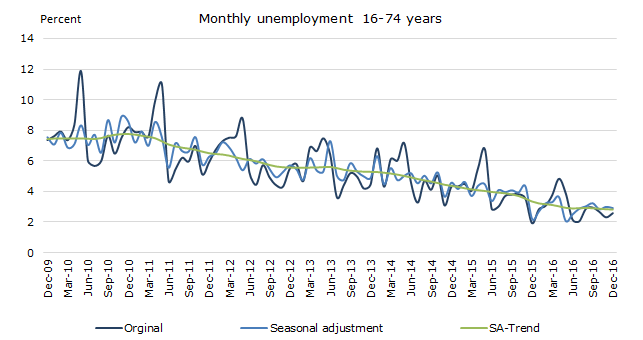 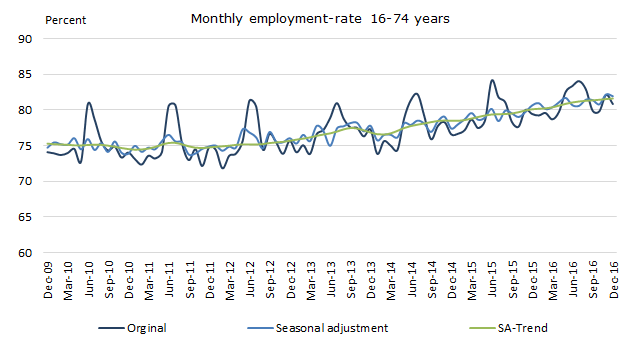 Implementation
December 2016 is divided into four weeks, from November 28th to 1st of January 2017. The total sample size was 1,513 persons, 16–74 years, randomly chosen from the Population Register. When those who had passed away and those who were living abroad had been deducted from the sample the net sample was 1,469 persons. In total the number of usable answers was 1.056 which corresponds to 71.9% response rate. All figures have been weighted by sex and age groups. The confidence limit of the results on activity rate is ±2.2 points, employment rate is ±2.3 points and unemployment rate is ±1.1 point. Figures may not add up because of rounding.