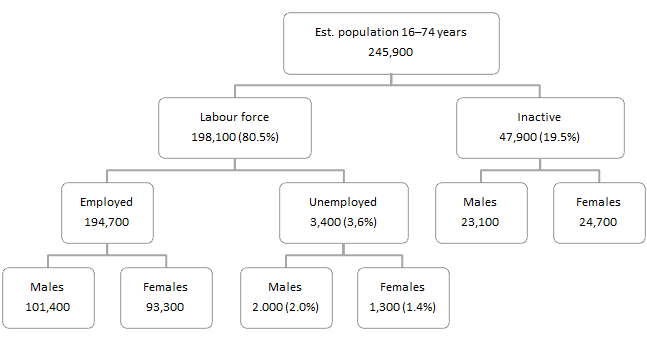 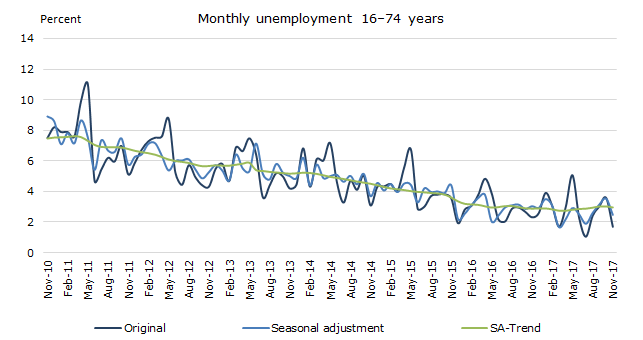 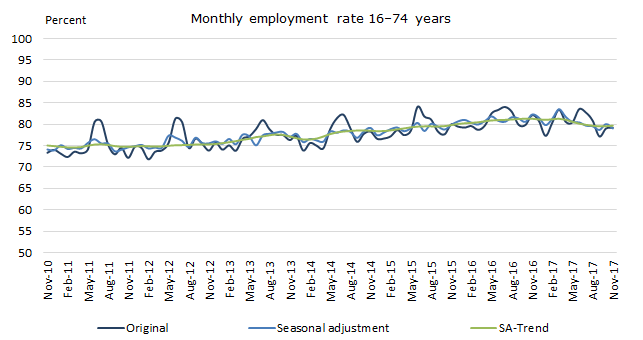 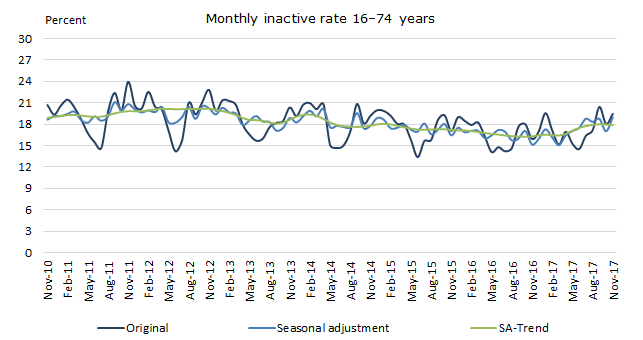 Implementation
November 2017 is divided into five weeks, from 30th of October to 3rd of December. The total sample size for the Labour Force Survey was 1,509 persons, 16–74 years old, selected randomly from the registered population. When individuals out of scope had been removed from the sample, the net sample was 1,472 persons. In total, the number of answers was 991 which correspond to 67.3% response rate. The results are weighted by sex and age groups. The confidence limit of the estimates on activity rate is ±2.4 percentage points, employment rate ±2.5 percentage points and unemployment rate ±1.0 percentage point, for November 2017. Figures may not add up because of rounding. All numbers for the first two months in every quarter of the year are preliminary until the end of the quarter.