It is proper to note that the seasonally adjusted estimates may be somewhat inaccurate as a result of unprecedented circumstances in the Icelandic labour market in the spring of 2020. The seasonally adjusted estimates assume general seasonal changes in the Icelandic labour market, for example by assuming that typically the number of unemployed people increase during springtime due to students looking for summerjobs. It is evident that in the spring of 2020 such adjustments are insufficient because of the effect of unexpected and extraordinary events have had on people’s labour market status. Thus, it is important to focus on the unadjusted measures when estimating short term effects.

All numbers are weighted by age and gender and rounded to the nearest hundred. 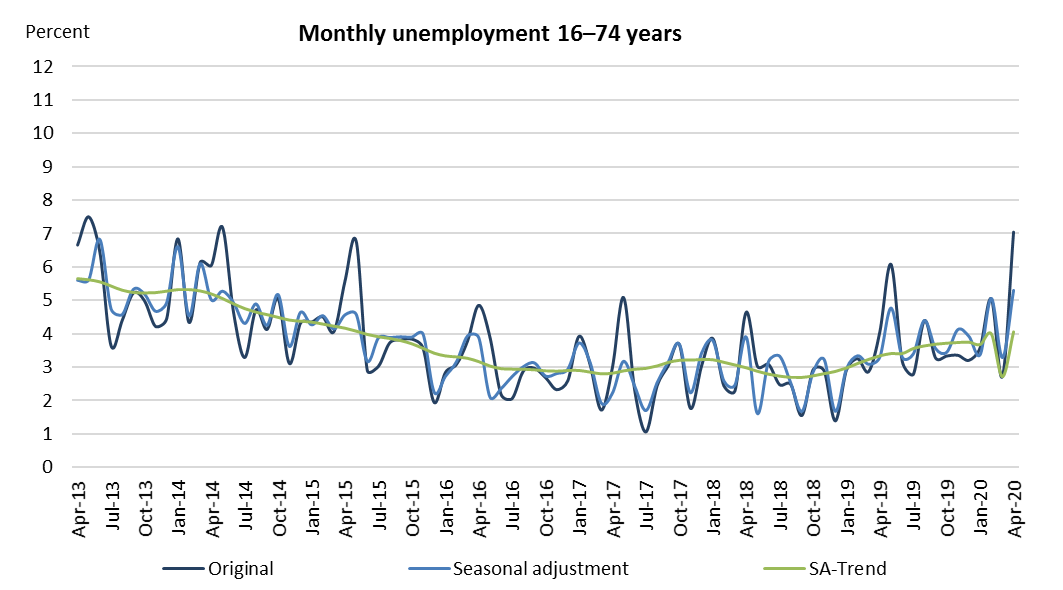 About the data
The Labour Force Survey for April 2020 covers 5 weeks, from March 30th 2020 through May 3rd 2020. The sample consisted of 1,896 individuals aged 16-74 years domiciled in Iceland. When those who were domiciled abroad or deceased had been excluded the net sample included 1,852 individuals. A total of usable answers were obtained from 1,215 individuals, which corresponds to 65.6% response rate.