Comparison of unadjusted measurements for September 2018 and 2019 also indicates that the labour force has increased by 3,900 people, although its share of the population has decreased by 0.5 percentage points. In September 2019, more people are estimated to be outside the labour market, or 50,700 (± 2,100), compared with 48,100 in September of the previous year.

All numbers are rounded to the nearest hundred. 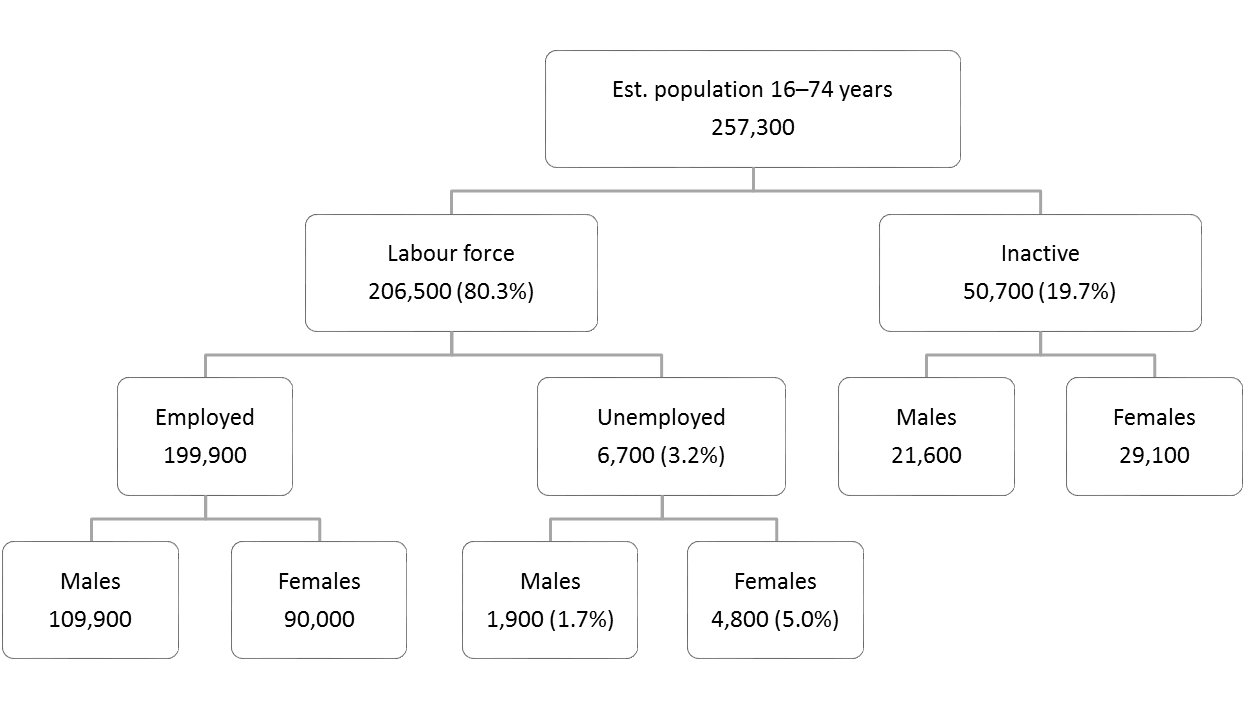 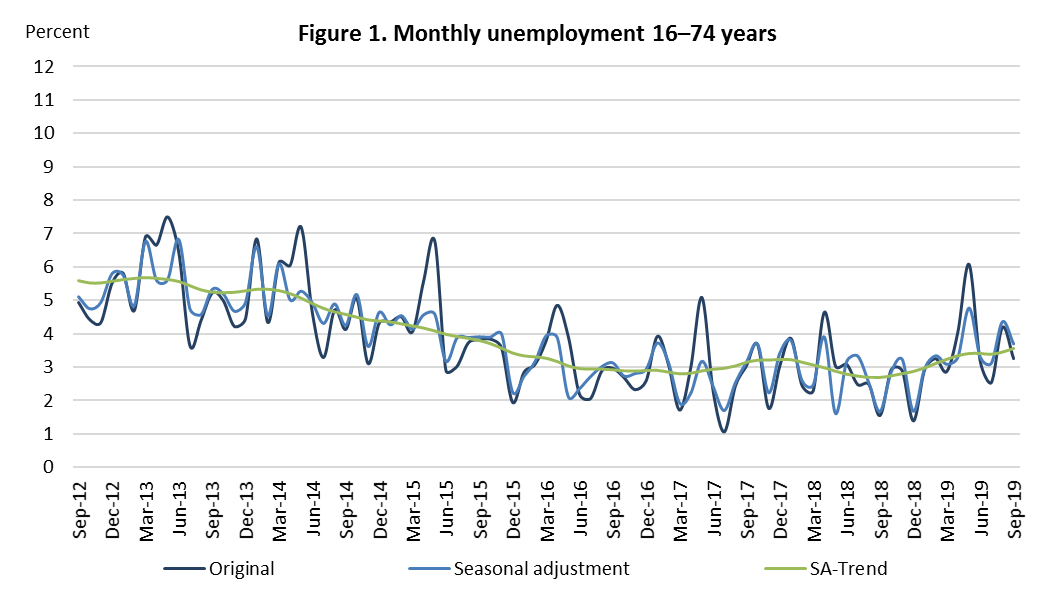 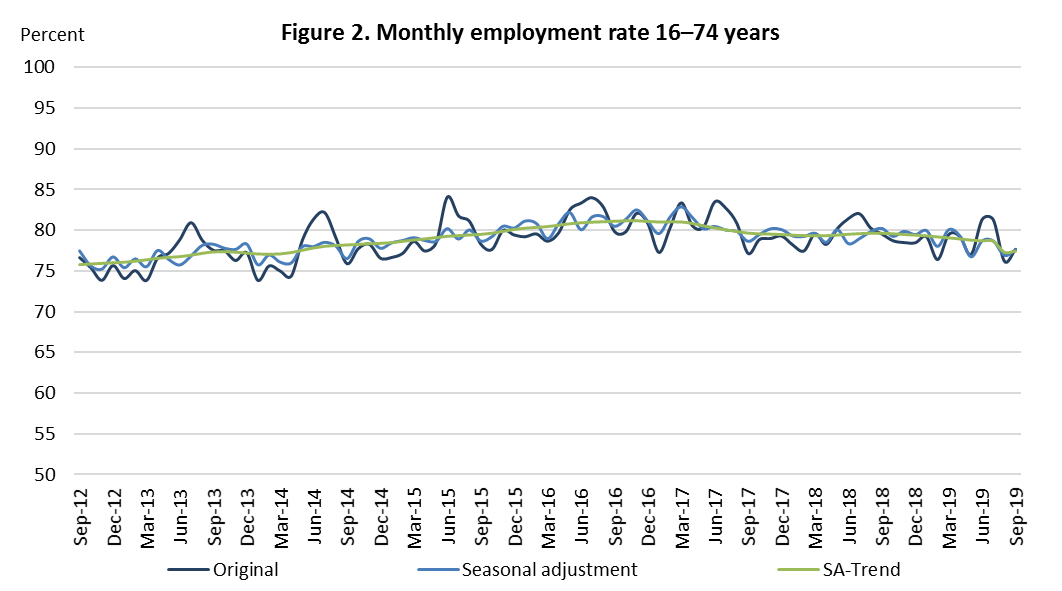 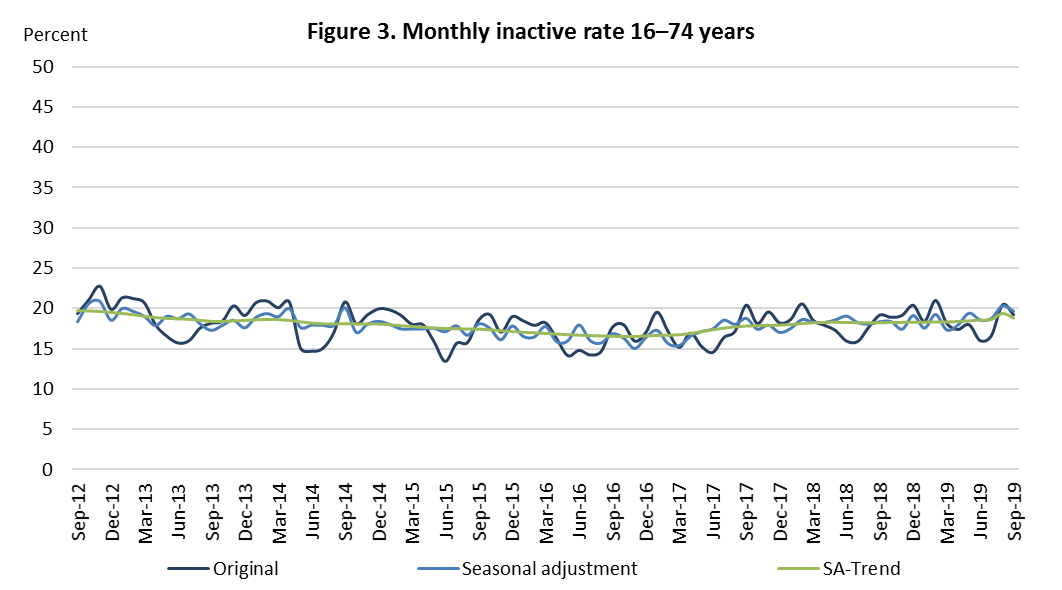 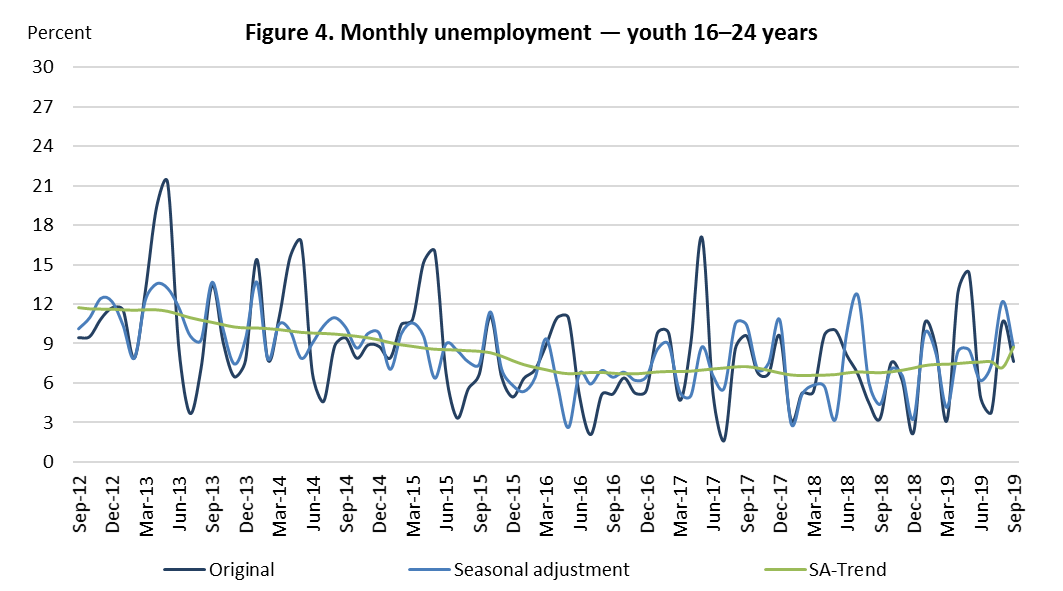 About the data
The labour market survey in September 2019 covers four weeks, from September 1 to September 30, 2019. A random sample of 1,543 persons aged 16–74 years who were domiciled in Iceland were randomly selected from the National Registry. Excluding those who were deceased, or who were resident abroad, the net sample was 1,510 individuals. A total of usable answers were obtained from 932 individuals corresponding to 61.7% response rate. Estimated figures for September are preliminary figures until quarterly figures are published (cf. Statistics Iceland’s advance release calender).