Please note that statistics on the production approach in national accounts have been corrected due to an error. The error did not affect the news release. 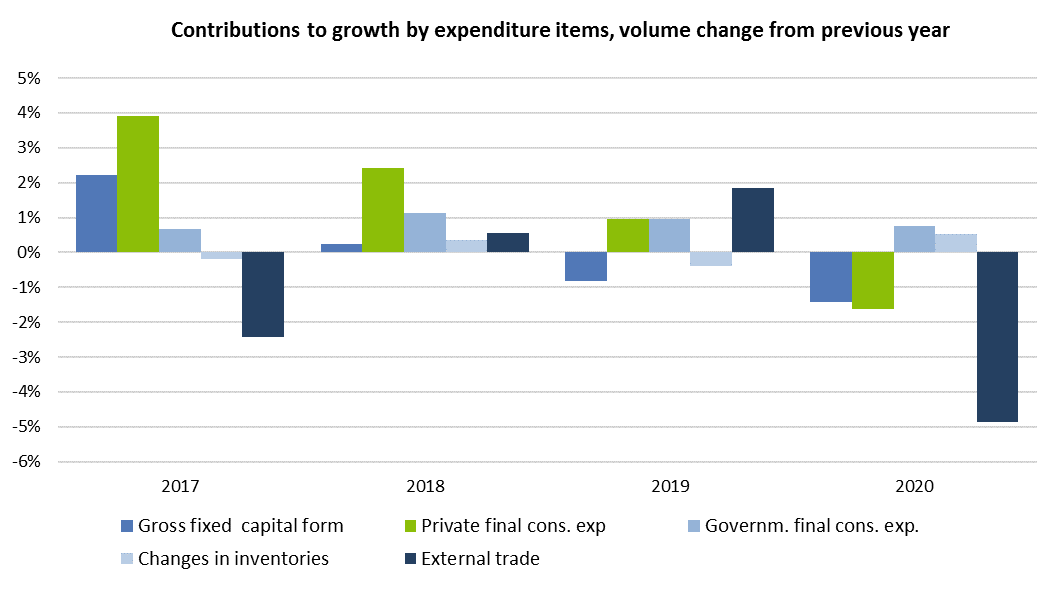 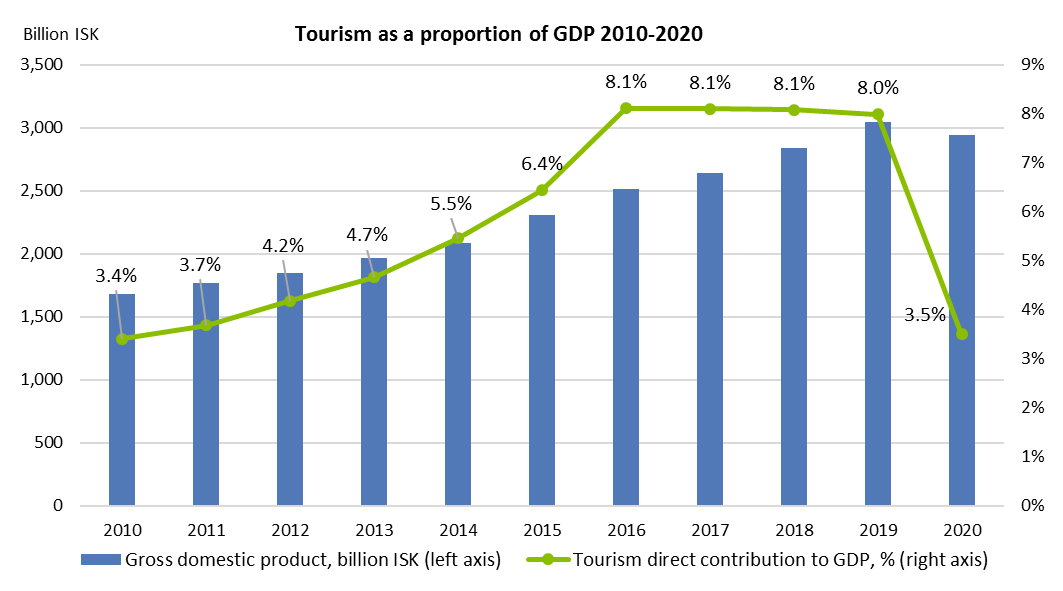 The TSA is a satellite to the system of national accounts and is intended to assess the share of tourism in the economy and its development as an industry. The TSA cover the tourism expenses of foreign as well as domestic tourists.

Household final consumption expenditure decreased by 3.3%
According to estimates, the HFCE fell by 3.3% in volume in 2020 compared with the previous year. Measurement reflect the effects of the COVID-19 pandemic on the consumption pattern of Icelandic households. For 2020, it is estimated that direct purchases abroad by resident households decreased by 65.2% in volume from the previous year and amounted to 62.9 billion ISK in 2020 compared with 161.9 billion ISK in 2019. Despite this decrease in direct purchases abroad, as well as in a few categories of expenditure in domestic consumption, an increase in other categories has largely offset the fall. For example, purchases of furniture and other household equipment is estimated to have increased in real terms by 7.6% in 2020 and purchases of alcohol and tobacco by 10.8%, compared to 2019.

A decrease in all components of capital formation in 2020
Gross fixed capital formation is estimated to have decreased by 6.8% in volume in 2020 compared with the previous year. Business sector investment is estimated to have decreased by 8.7%, government investment by 9.3% and residential investment (GFCF in dwellings) by 1.2%. Based on data from Registers Iceland on the state of construction at the end of the year, figures on residential investment in the first three quarters of 2020 have been revised. The revision does not affect the results for the year as a whole, only the distribution within its quarters. Despite the fact that the increase in the number of completed constructions of residential real estate has not been greater since 2007, or almost 4 thousand apartments in 2020, residential investment decreased by 1.2% in 2020 compared with the previous year. This is due to a decrease in the number of residential real estate in other construction stages compared with 2019. 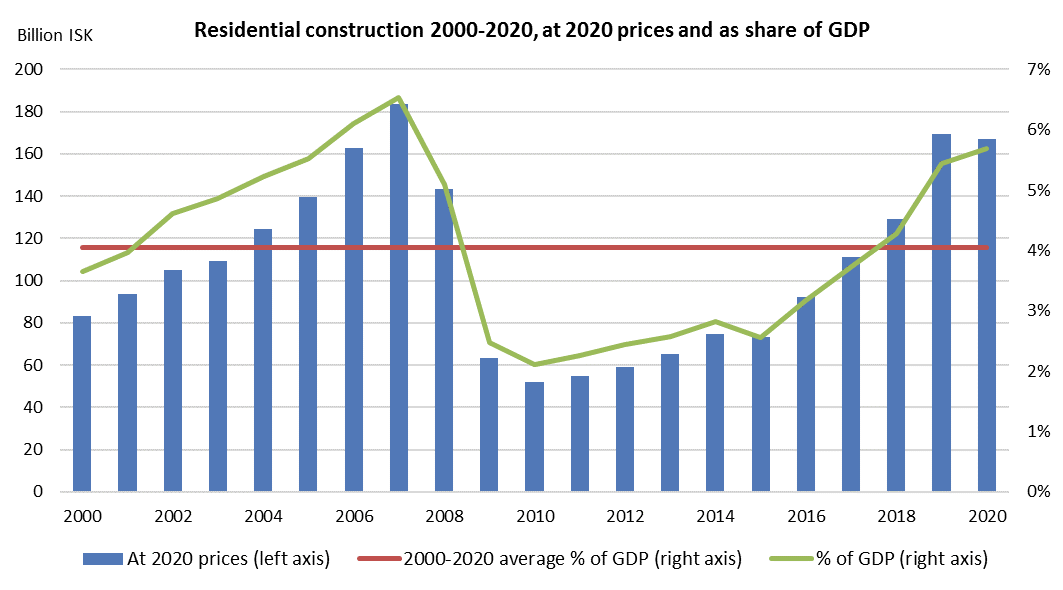 Increase in stock
According to inventory reports, the total value of inventories increased significantly in 2020, or by 17.4 billion ISK at current prices. The largest increase was in the stock of marine products and aluminium, while a decrease was measured in the stock of oil and in the stock of ferrosilicon and other supplies. 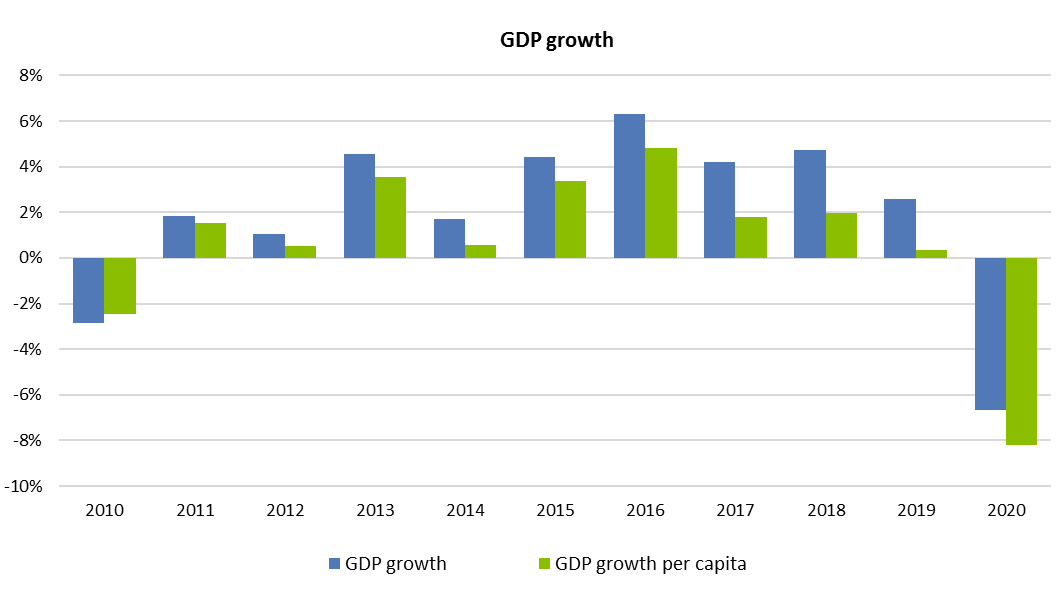 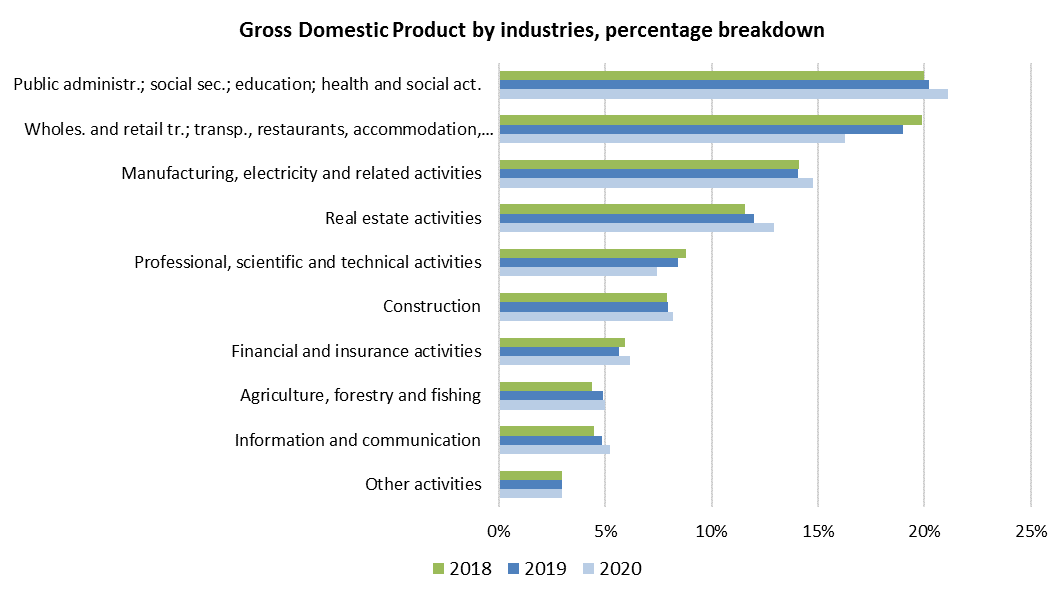 Due to a greater decrease in exports than imports in the fourth quarter of 2020, external trade contributes negatively to GDP growth. The surplus in the balance of trade in goods and services was 10.9 billion ISK during the period. 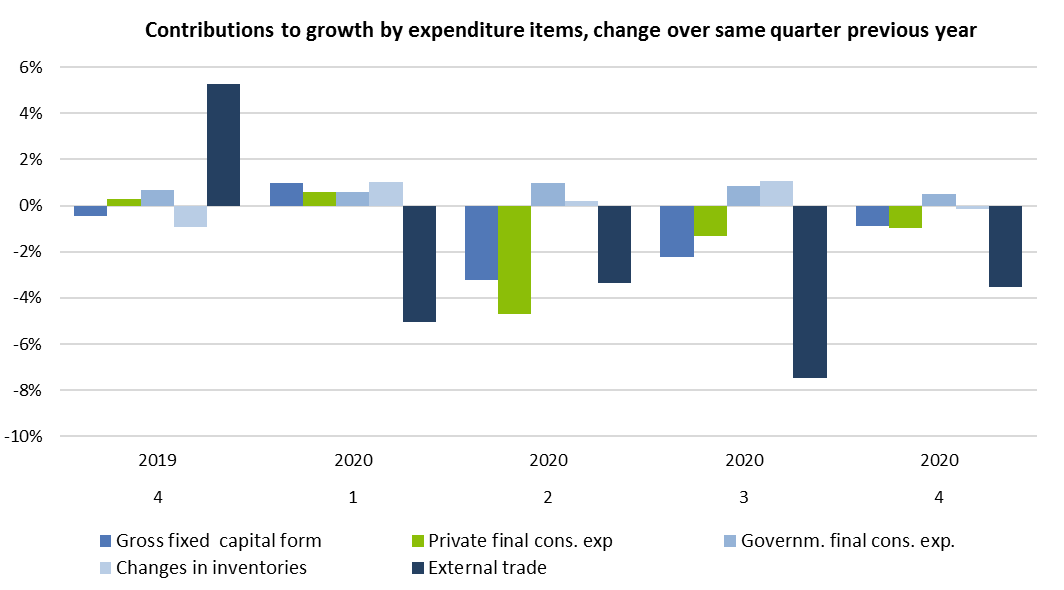 Revised figures
The general rule for the revision of the figures of national accounts is that when the annual figures are published, in February and August, the results of the previous three-year period are open for a revision. Older published figures are considered final but time series can be revised if necessary, e.g. due to a change in methodology.

In parallel with the publication of first estimates for 2020, figures for the last three years have been revised on the basis of more detailed information. The biggest impact of the revision is on GDP in 2019, according to which GDP increased by 2.6% in volume compared with 1.9% according to previously published figures. 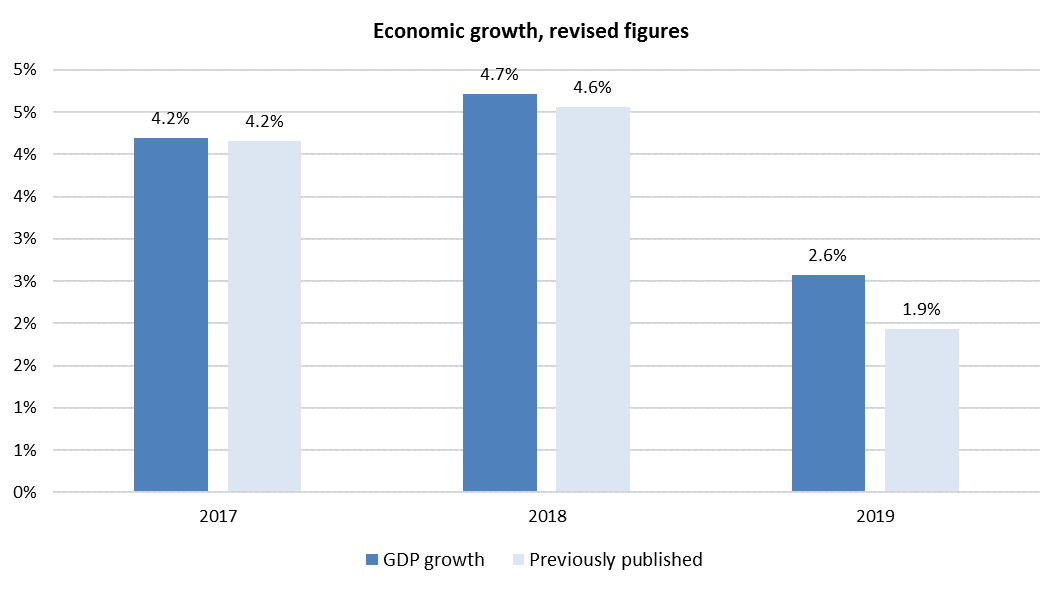