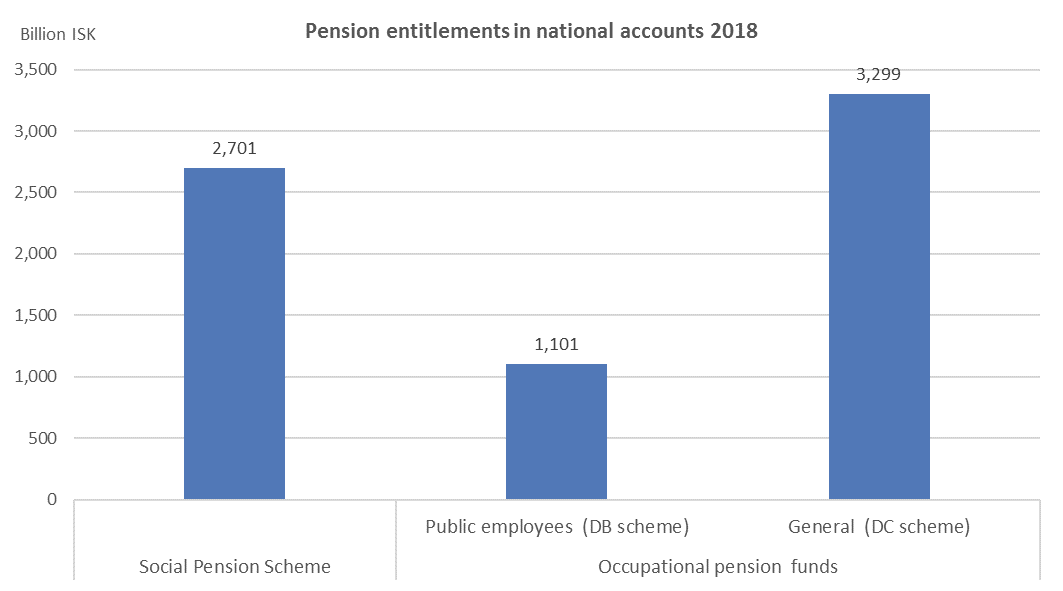 This is the second time that an estimation of accrued-to-date entitlements in social insurance in Iceland has been published, but its first publication was in 2015. These statistics are part of the European Union's ESA 2010 National Accounts Standard.

For estimating the pension entitlements in the social insurance system, the methodology of accrued-to-date liabilities (ADL) was chosen. ADL only includes the entitlements that current members have earned up to the present period in the calculation. This method excludes any possible entitlements gained throughout the working life of those already in the system and any new entrants to the system. It is a point-in-time estimate for the accumulation of entitlements at year-end 2018.

The results are therefore not an indicator of fiscal sustainability of the social insurance pension system, as it is not a funded system. ”Old age pension” in social insurance includes old age pension and single household supplements paid by the Social Insurance Administration. Survivors‘ pension and disability pension for recipients under retirement age are excluded. 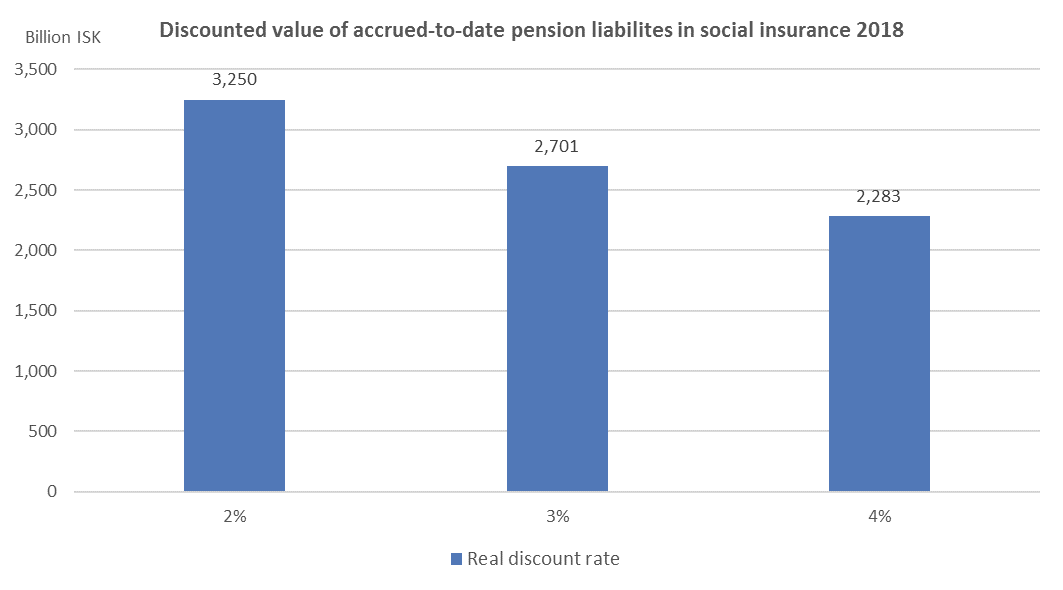 Total pension entitlements, as a percentage of GDP in Iceland, amounted to 250% in 2018 and the pension entitlements in social insurance to 95% as previously stated. International comparison of pension systems is difficult due to the different nature of the systems and how they are financed. In the figure below, only the Netherlands has a higher proportion of private/funded pension entitlements than Iceland. 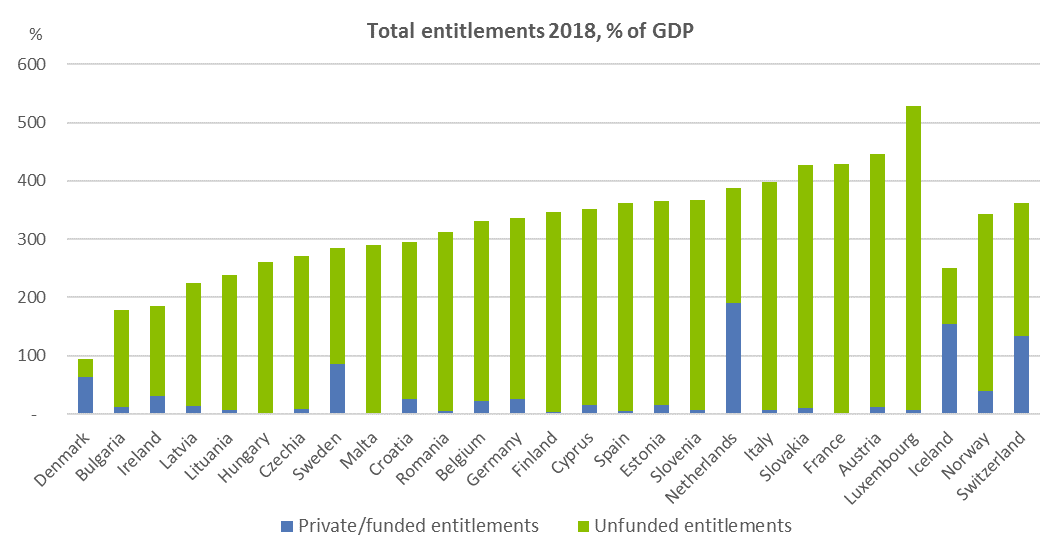 Eurostat news release on pension liabilities in the national accounts