GDP in Iceland 30% above the EU28 average

GDP volume per capita (based on PPP's) in Iceland was 30% above the EU28 average in 2017 (preliminary estimates). Iceland had the 5th highest GDP per capita of the 37 participating European countries (EU28, Iceland, Norway, Switzerland, Turkey, Montenegro, Serbia, Bosnia-Herzegovina, Albania and Former Yugoslavian Republic of Macedonia). 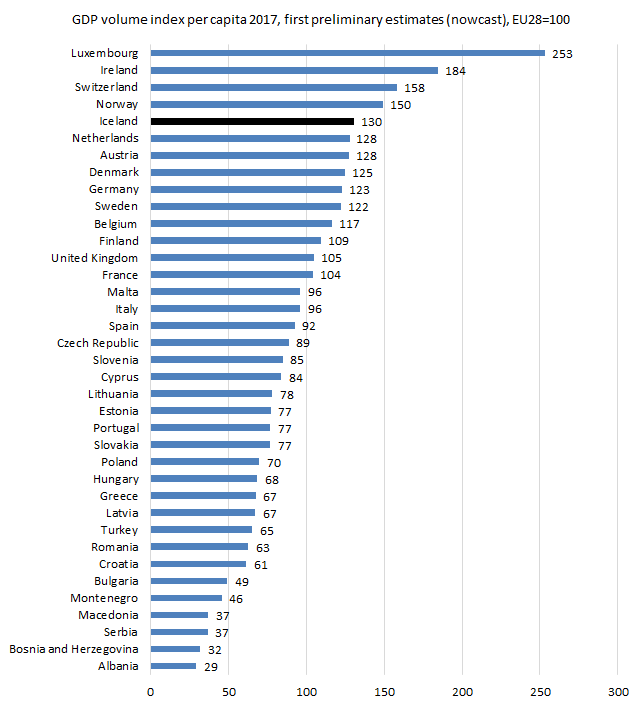 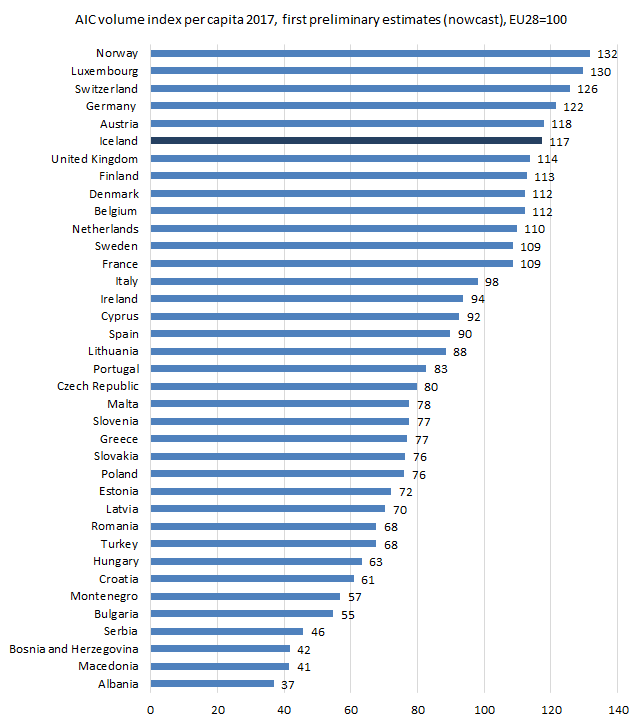 Statistics Iceland participates in cooperation with Eurostat and OECD in the production of Purchasing Power Parities (PPP) in order to evaluate GDP volume indices on a regular basis in the participating countries.

Price Level Indices (PLIs) can be derived from PPPs to compare price levels between countries. The table below compares PLIs in the 37 European countries for household final consumption expenditure and six sub categories. PLI for household final consumption expenditure in Iceland was the highest of 37 countries, 66% above EU28 average. PLIs for Iceland were highest in four of the six subcategories. The exceptions were food and non-alcoholic beverages and personal transport equipment. PLI for food and non-alcoholic beverages was highest in Switzerland followed by Norway and Iceland in third place. PLI for personal transport equipment was highest in Denmark, followed by Norway and Iceland.