One fifth of tenants at risk of poverty in 2018 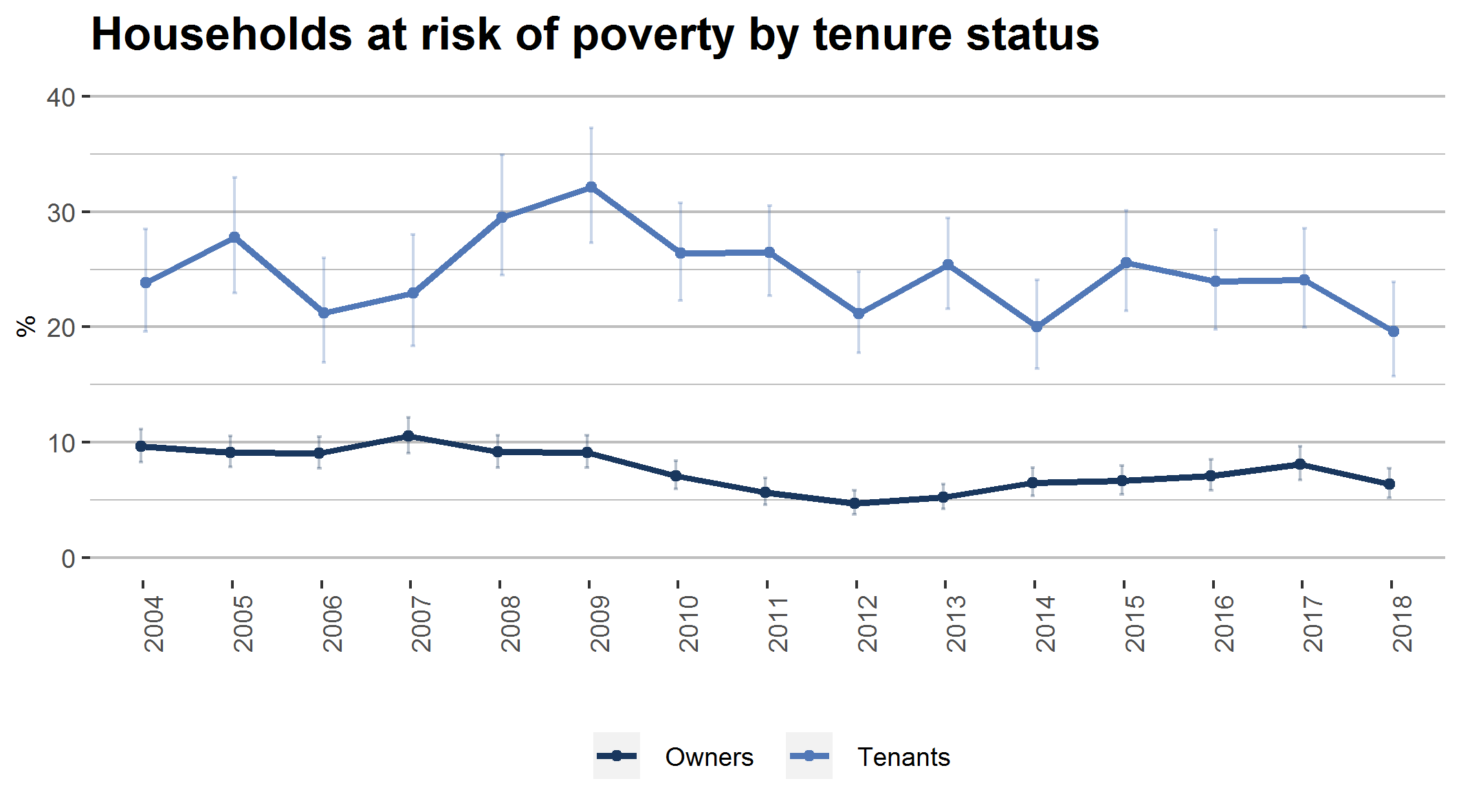 The picture shows the at-risk-of-poverty-rate (%) and 95% confidence intervals.

Material deprivation is relatively rare in Iceland in European comparison, as is the case for the other Nordic countries. In 2017, the proportion of individuals living in materially deprived households averaged at 15% in countries within the EU, being lowest in Sweden at 4% and highest in Bulgaria at 44%.

About the data
The data comes from EU-SILC for Iceland. In addition to publishing results on material deprivation 2016-2018 previous results were re-evaluated. Due to a change in wording of the question regarding vacation, data from 2016-2018 is not fully comparable to previous data.

Those who are defined as living with material deprivation live in a household that fulfils at least three of the following criteria, according to the survey:

Go back
Use of this press release is free. Please quote the source.
For further information please contact Thora.Thorsdottir@statice.is, tel. +354 528 1285