The labour force participation rate of women has never been higher

The labour force participation rate of women in Iceland has never been higher than in 2016, or almost 80%. The rate was 87% for men. The unadjusted gender pay gap was 14% for full-time employees in 2015. The share of women aged 25–64 years with tertiary education has now reached 48% compared with 33% of men.  On the other hand 45% of men and 30% of women in that age-group had upper and post-secondary education. Women are now 48% of elected members of Althing and 44% of local government members but their share in many other positions of influence is lower. The proportion of women as managers of enterprises varies by size, e.g. it was 22% in enterprises with 1-49 employees but 9% where the number was 250 or more in 2015. 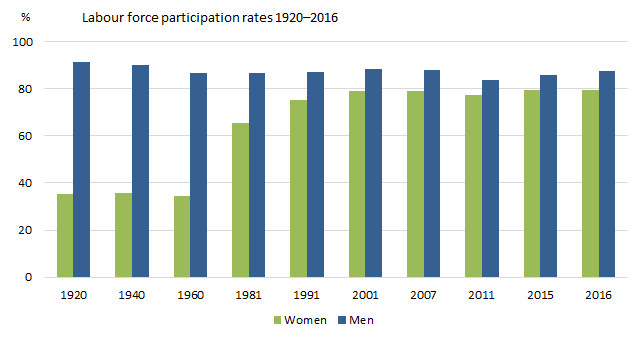 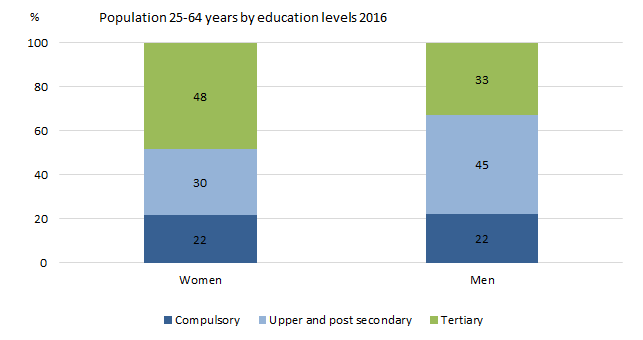 Statistics Iceland publishes the leaflet Women and Men in Iceland 2017 in cooperation with the Centre for Gender Equality and The Ministry of Welfare. The leaflet has information on the status of women and men in the community.  In figures and diagrams it covers information on population, media, education, labour market, wages and positions of influence. The leaflet is published both in Icelandic and English.

Key figures on women and men have been updated as well. They give an idea of the sex aggregated data available on the Statistics Iceland’s website.