Overnight stays in hotels increased by 29% in April 2016 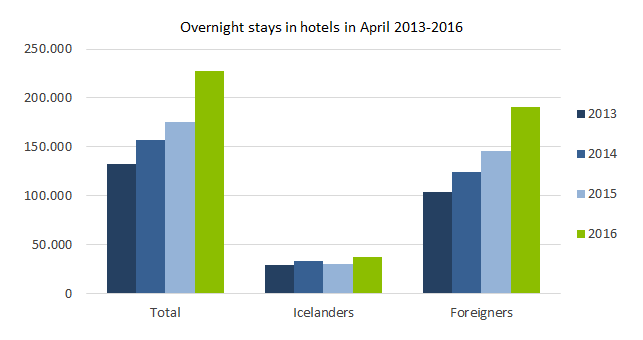 The data above only show overnight stays in hotels that are operating for the whole year. Guesthouses and summer hotels are not included in this category.

Go back
Use of this press release is free. Please quote the source.
For further information please contact gistiskyrslur@hagstofa.is, tel. +354 528 1000