For a fast growing industry, with constantly growing importance for the workings of the economy, it is important that the government, the public and stakeholders have access to timely and reliable information. By publishing preliminary data for the Tourism Satellite Accounts, Statistics Iceland seeks to fulfill users’ needs for timely information on the status and development of the tourism industry.

Updated figures will be published in parallel with national accounts figures in March 2018. 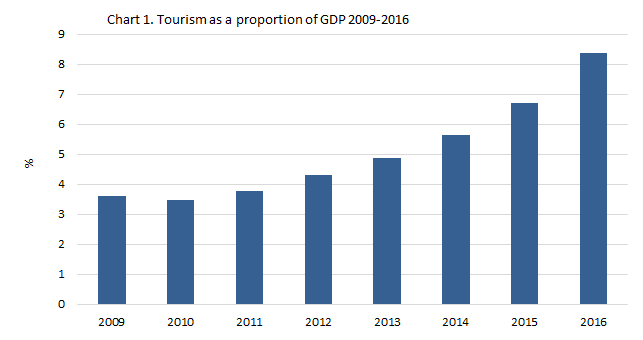 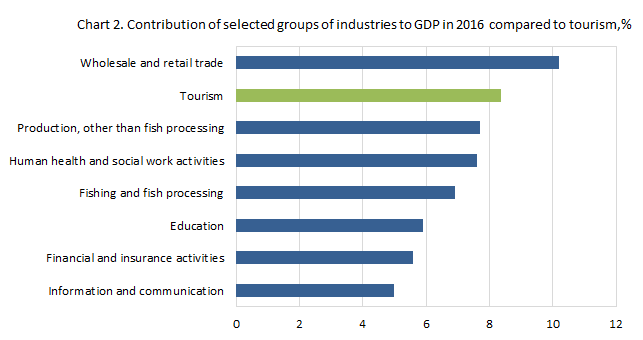 Data on the tourism proportion of GDP in Iceland has not been published before this soon after the end of the respective calendar year. In past publications, the timeliness was in large part limited due to the lag in which a few major data sources were available, notably data on enterprise accounts. Preliminary data on the tourism proportion of GDP rely on a wider range of sources.

Go back
Use of this press release is free. Please quote the source.
For further information please contact Palmar.Thorsteinsson@statice.is, tel. +354 528 1142