The income distribution remains unchanged between 2014 and 2015

[12 December 2017]Please note that this press release is no longer valid. A corrected version has been published in its place.

The income distribution did not change significantly between 2014 and 2015. The Gini-index rose by 0.9 points, which falls far short of statistical significance. Therefore, it cannot be concluded that income inequality in Iceland has risen between the two years. 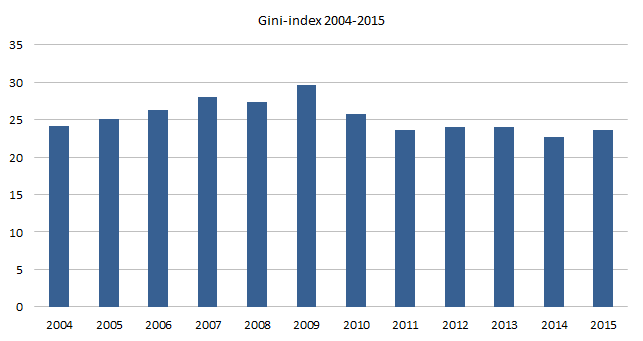 The At-risk-of-poverty rate, defined as those with less than 60% of the population’s median income, rose from 7.9% in 2014 to 9.6% in 2015. The AROP-rate has fluctuated somewhat from one year to the next since 2011, but these annual fluctuations are not statistically significant. 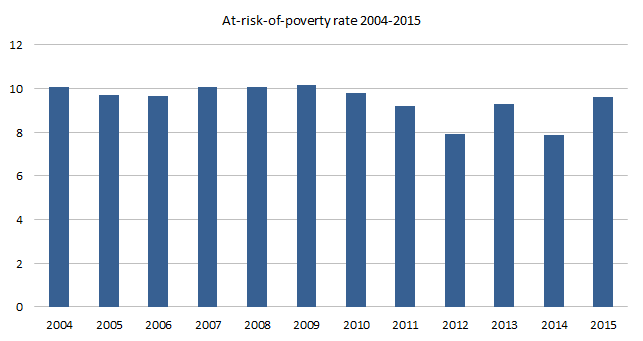 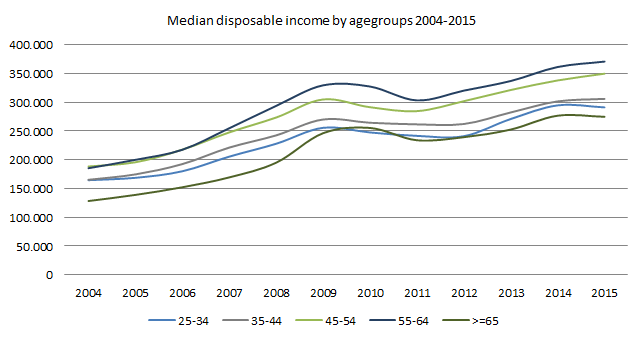 Methods
Information on the income distribution is derived from the Survey of Income and Living Conditions. Survey data is collected from February until May each year but income data is derived from tax data for the preceding year. Thus, the income reference period of each year is the year before.