There was a substantial difference in gender pay gap between economic activities. The lowest pay gap was in Accommodation and food service activities (I), or 6.8%, and the biggest gap was in Financial and insurance activities (K), or 33%. The gender pay gap also varied greatly between occupational groups, with the biggest gap amongst technicians and associate professionals (3), while no gap was measured amongst clerks (4) in 2019.

It should be noted that occupations within economic activities and occupations groups can vary greatly between gender and gender segregated labour market is reflected in the gender pay gap. For example, the most common occupation of women in the occupational group of professionals (2) were primary education teaching professionals, whereas it was most common for men to be business professionals. The high gender pay gap in Financial and insurance activities (K) is consistent with the wide distribution of salaries in that economic activity. 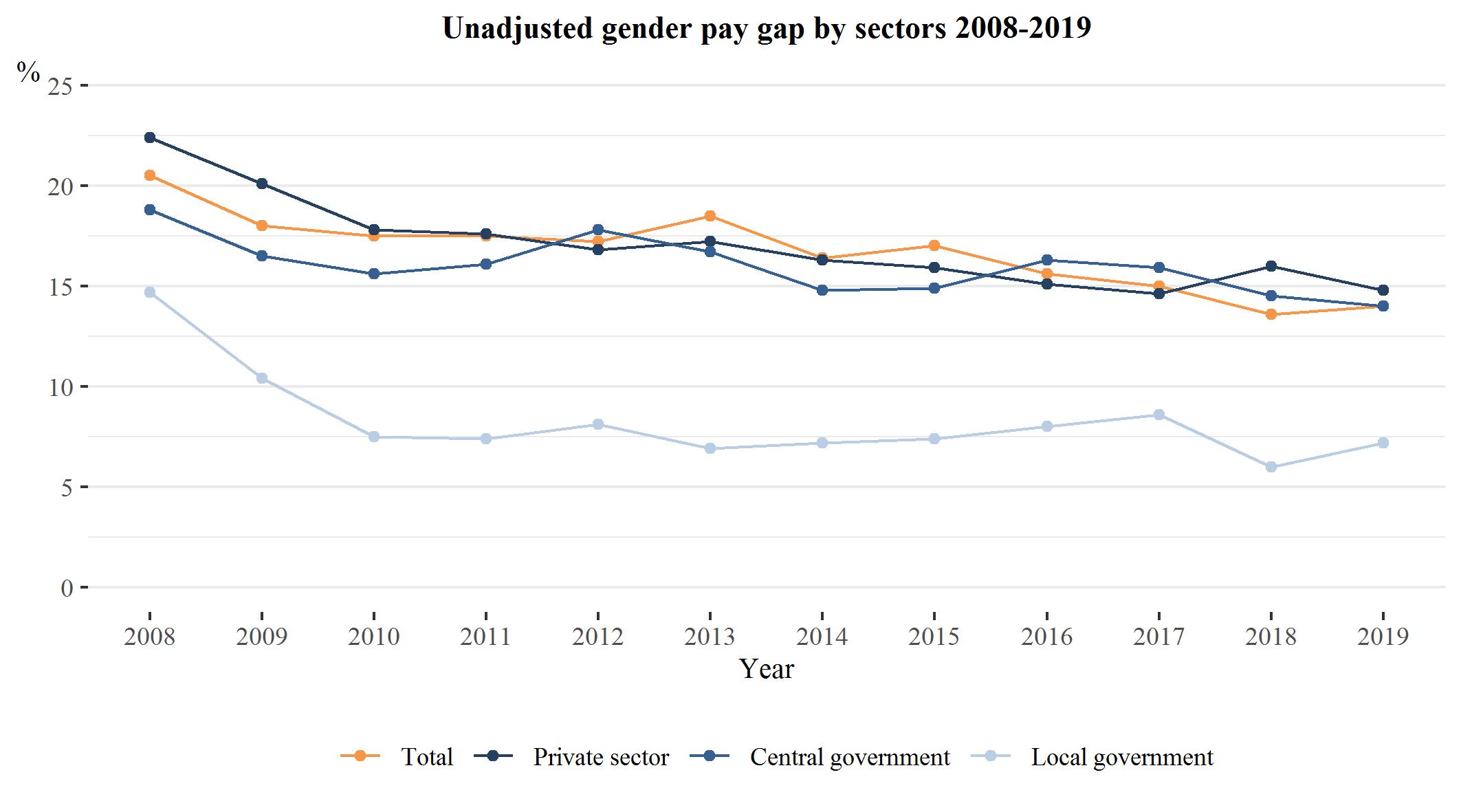 The gender pay gap fluctuates from year to year. Partly because the dataset is based on a one single month in the each year, October. Payments part of average gross earnings paid each pay period, like payments regarding overtime and shift work, can vary from year to year and sector to sector. The gender pay gap can also be affected by the timing of collective agreements. In 2019, for example, only the private sector had reached their collective agreements, with subjacent pay raises, while the public sector, for the most part, had not. Additionally, fluctuations can be caused by different composition of data as quality increases each year. For example in 2018, the economy activity Accommodation and food service activities (I) was added to the dataset. 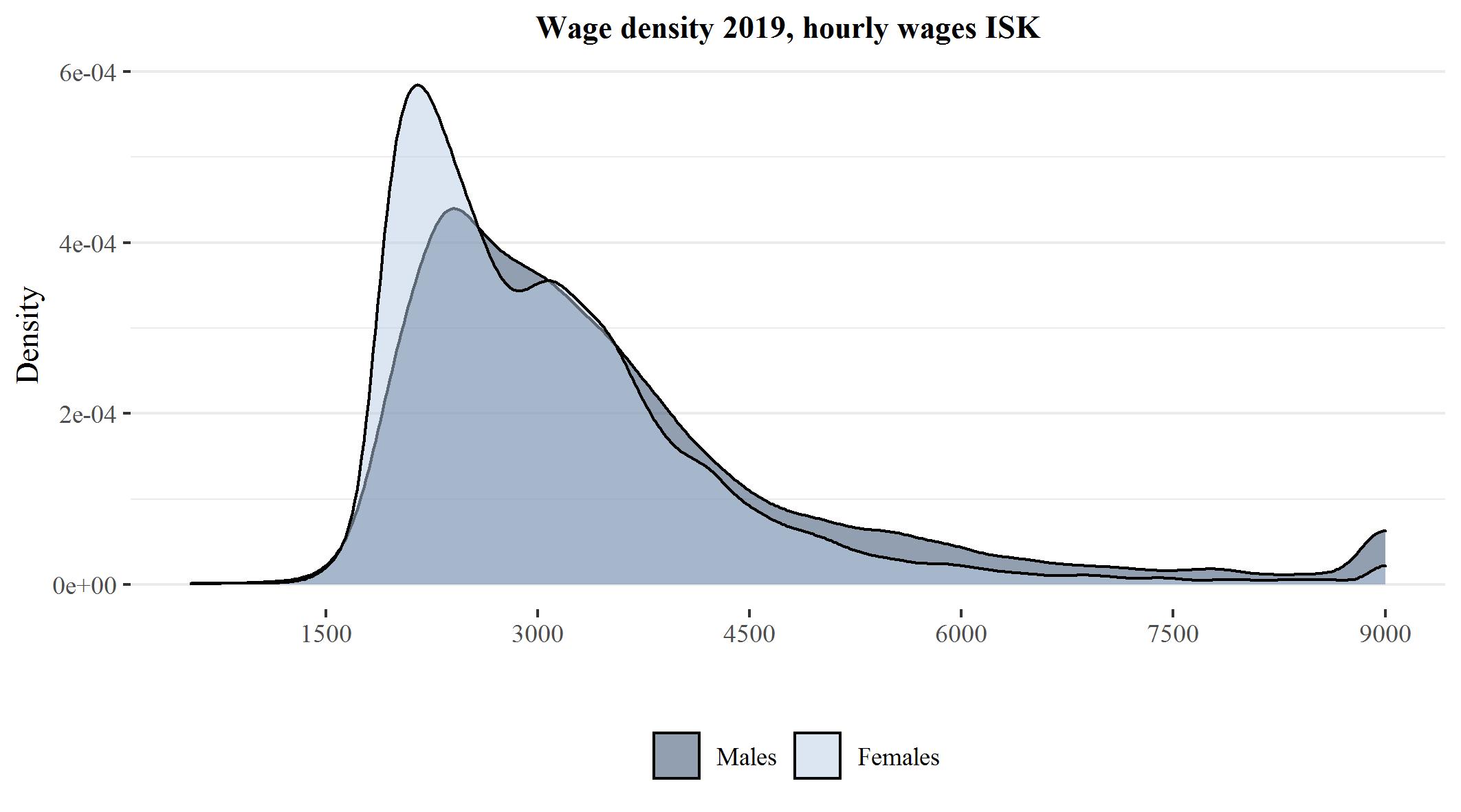 Dataset is based on the Icelandic Survey on Wages, Earnings and Labour Costs that covers about 70 thousand employees. The survey is a stratified sample survey of legal units with 10 or more employees and data are weighted according to the survey design. The survey covers about 90% of the Icelandic labour market even though certain economic activities are missing.

Unadjusted gender pay data for the years 2015-2017 has been revised, whereas the data is always adjusted every four year when SES results are available. Yearly, between survey years, data are based on national estimation and are provisional. More information on GPG metadata can be found on the Eurostat website here, and here for the metadata on SES.